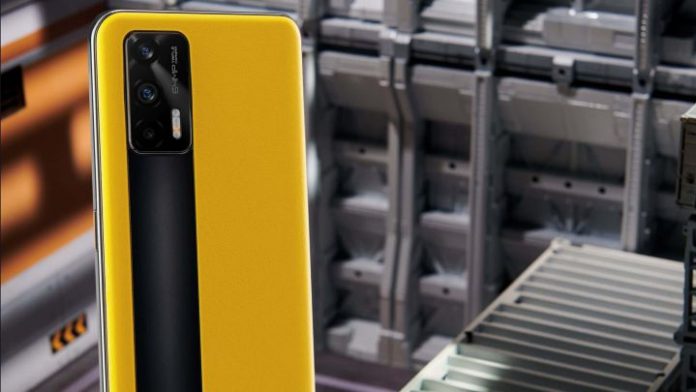 Realme GT: One of the companies that has grown the most in the last year has been Realme. The company follows the trend of many Chinese companies when it comes to launches. It has put on the market a very wide range of products, not only phones, but today we have to focus on the last terminal that it has put on the shelves, which is none other than the recently presented Realme GT and that aims to dethrone the biggest.

In the highest range of smartphones we have great rivals that present the most top qualities. This is so, and at Realme they are determined to put a firm proposal on the table against these devices. The answer is none other than the one we present to you, which is the Realme GT. The device comes with a 6.43-inch SuperAMOLED panel with an FHD + resolution and a refresh rate of no less than 120 Hz. In its upper left part there is a single 16 MPX sensor.

On the back we find an interesting feature and it is the content of its packaging. Of its three available colors, which are white, blue and yellow, it is the last one that has a line that gives it a more sporty look and that matches the width of the space in which the three 64 + 8 + cameras are placed. 2 MPX being the last two a wide angle and a macro. As an important detail that has been forgotten by many, the device has a 3.5mm Minijack connector next to the USB C connector on the base.

5G integrated with the Snapdragon 888

One of the things that Realme hasn’t skimped on is hardware capabilities. It turns out that inside we find a Snapdragon 888 chip with 5G already integrated. This puts it right up there with the biggest and supports the processor with a variable configuration of 8 or 12 GB of RAM and 128 or 256 GB of storage and a 4,500 mAh battery with 65W fast charging. In addition, it has Android 11 in its software and among other features we find Bluetooth, WiFi 6 and of course NFC.

Nintendo does not rule out creating more mini editions of its...

Apple M1 version of Adobe Photoshop is ready to use