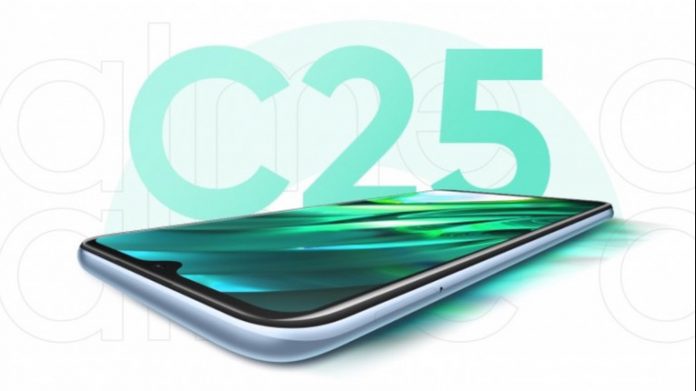 The Realme C25 has appeared in Indonesia, as previously announced. The Realme C25, defined as an affordable phone with a Helio G70 processor, has three rear cameras and a large battery that charges at a relatively high speed.

The smartphone has a 6.5-inch HD + resolution IPS LCD display. The drop notch on this screen hosts an 8-megapixel front camera. The fingerprint scanner welcomes users on the back panel of the phone.

Behind the Realme C25 is a square camera island. The 48-megapixel sensor is the main camera in the smartphone. A 2-megapixel macro camera and a 2-megapixel black and white sensor complete the system.

The most striking feature of Realme C25 is its 6000 mAh battery. This battery, with a maximum charging speed of 18W, also has a safety certificate issued by TUV Rheinland. It will come out of the smartphone box with Android 11 operating system and Realme UI 2.0 user interface.

The phone is offered in two colors, called aqua blue and aqua gray. Helio G70 processor is accompanied by 4 GB of RAM. Internal storage options are 64 and 128 GB. Internal storage space can be expanded with a microSD card. It is also possible to insert two nano SIM cards into the phone.

Realme C25 will be sold in Indonesia with prices starting from 2 million 300 thousand Indonesian rupees.

Telemarketing block: how to register cell phone in Do Not Disturb...