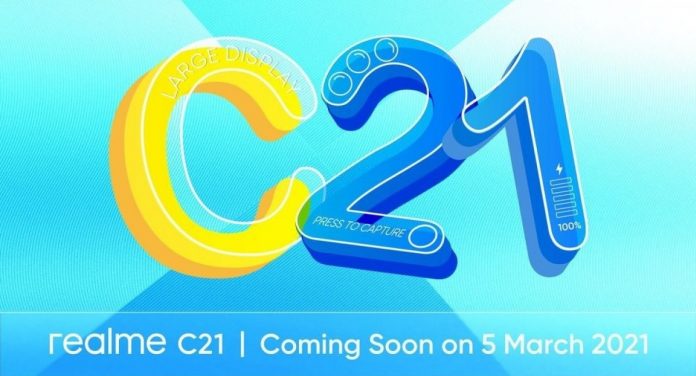 Realme, especially with price and performance-oriented smartphones, introduced the C20 model last January. The Realme C21, which is the continuation of this phone, will be with us in March. The phone received by the Malaysian department of the company was shared on Facebook. In this post, the design and features of the phone were clearly revealed.

Realme C21 will have a 6.5-inch HD + display. Apparently positioned at the entry level, the model no longer has the high refresh rate that is beginning to become a standard. On the processor side, it gets its power from MediaTek Helio G35. This processor has previously appeared in models such as Xiaomi Redmi 9C, Poco C3 and LG W41.

The phone has 4 GB of RAM and 64 GB of storage. In the information shared, it is written that the phone will come with MIUI. But this is a bug, the phone has the same operating system as all other Realme models. The phone has a very large 5000 mAh battery. However, the battery, which is charged with 10W, means a long charging time. Realme C21 has a triple rear camera array. These are 12 megapixel main camera, 2 megapixel monochrome and 2 megapixel macro camera. The selfie camera of the phone is 5 megapixels.

Realme C21 has a design that we are quite familiar with. The phone with thin bezels on the front has a water drop notch. On the back is a square-shaped camera bump and a fingerprint reader that we haven’t seen there for a while. The C21 has two sim card slots and one MicroSD card slot. This situation seems to make users who are worried about low capacity happy. Unfortunately, the model only has two color options. These are blue and black. The phone is expected to sell for $ 155-200, but this figure is not based on an official source.

Pokémon GO: all the dark Pokémon, how to catch