Realme is preparing to add a new option to the C series after the C11, C12 and C15 models. The phone, which is expected to bear the Realme C17 name, has passed Geekbench’s benchmark test with the model number RMX2101.

At the heart of the smartphone is Qualcomm’s Snapdragon 460 processor. This processor is accompanied by 6 GB of RAM. It is worth noting that this is the highest memory capacity ever offered in the Realme C series. 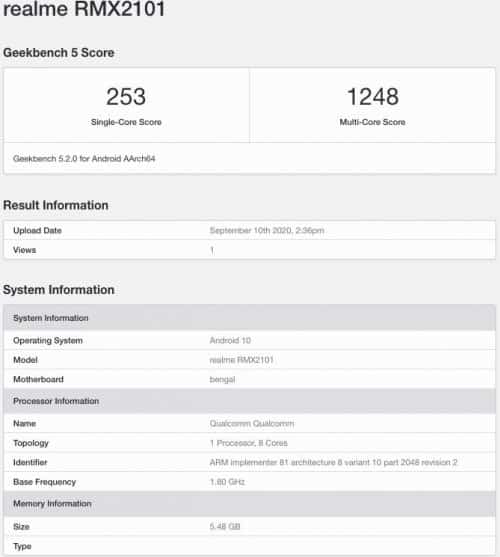 Since the Realme C3, all C series phones have large batteries of at least 5000 mAh. The Realme C17 seems to continue this tradition, too. New details about the phone are expected to be heard in the coming weeks.

Speed Test that 2020 iPhone SE Encounters with Other iPhone Models...

Travis Scott, Young Thug and Migos unveil “Give No Fxk”

PS5: music adapted in real time in games thanks to an...

Mia Khalifa raises $ 100,000 for those affected in Lebanon

Instagram: we can now read novels on the application!