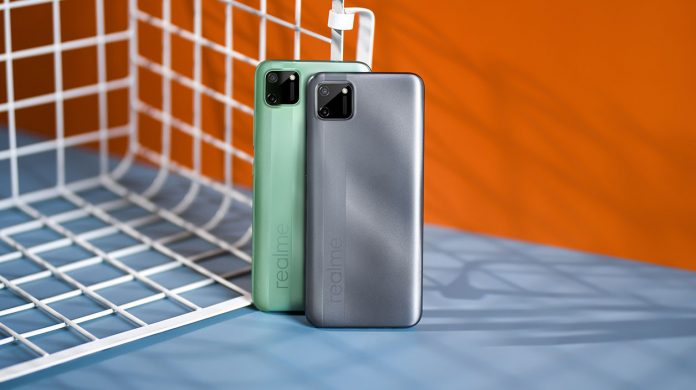 Realme’s 2021 model Realme C11 comes with lower specs than the model released last year. The device measures 6.52 inches; It has an LCD screen that supports 1600 x 720 pixels resolution and has an aspect ratio of 20: 9. This screen also adopts the water drop notch design and includes the front camera.

On the processor side, the Realme C11 is powered by the UNISOC SC9863 chipset. It is also accompanied by LPDDR4X 2 GB RAM and 32 GB internal memory with eMMC 5.1 support. However, it is also possible to expand this capacity up to 256 GB with a microSD card.

Behind Realme C11 in terms of camera features; It has an 8 Megapixel main camera. On the front of the device, there is a 5 Megapixel selfie camera.

On the battery side, Realme equips its budget-friendly model with a 5,000 mAh battery. It also supports this with 10W charging.

On the other hand, Realme C11 comes out of the box with the Realme UI based on Android 10 Go Edition directly. This operating system developed by Google for low-end devices takes the entry-level phones to an advanced level in terms of fluency.

Realme C11, currently available for sale in the Philippines and Russia, respectively; It has price tags of $ 104 and $ 112. We also hope that the device will come to our country and other markets in the coming days.