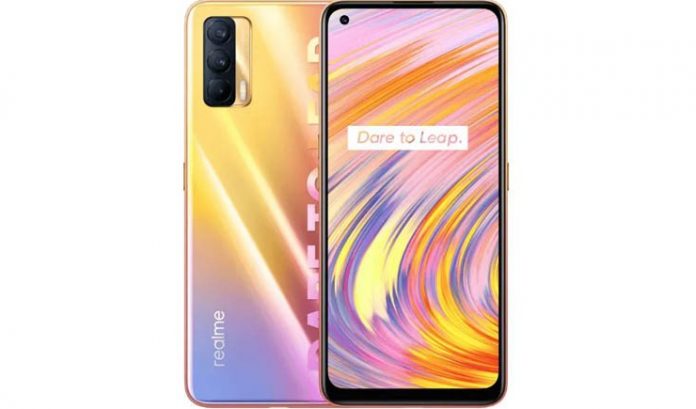 Realme announced its new smartphone V15 in China. The device, which is impressive in terms of design and technical features, stands out with its price that fully deserves these features.

Chinese technology company Realme has officially announced the V15, its third device in the V series. The mid-segment phone, which has impressive features, seems to be able to impress consumers with its design and price. So what does Realme’s new smartphone promise consumers?

Realme V15 has a perforated AMOLED display that offers 6.4 inches of FHD + resolution. This screen, which also has a 180 Hz touch sensitivity and a fingerprint reader sensor, also includes a front camera that offers 16 MP resolution. The screen-to-body ratio of the phone with 430 nit brightness was announced as 90.8 percent.

This is the design of Realme V15

Realme’s new smartphone is powered by MediaTek’s Dimensity 800U processor. Supporting this power with 6 GB LPDDR4x RAM and up to 128 GB of storage, the engineers preferred Android 10 based Realme UI in the operating system. By the way, the 50-watt fast charging support of this smartphone’s 4.310 mAh battery can fully charge the empty battery in an impressive 47 minutes.

When we look at the back of the Realme V15, we see the 3-camera setup. This camera setup includes a 64 MP main camera, an 8 MP ultra wide angle camera and a 2 MP macro camera. Super night mode, HDR, 1080p video at 30 fps and 1080p slow video shooting at 120 fps, the phone seems to be able to enchant consumers. Realme, which passes the back cover through a special production process, also allows the color of the phone to change.

Announced with all these features, the Realme V15 is currently open to pre-order. The phone, which will be officially released as of January 16, can be purchased in 3 different color options. The price of the phone is explained as follows;