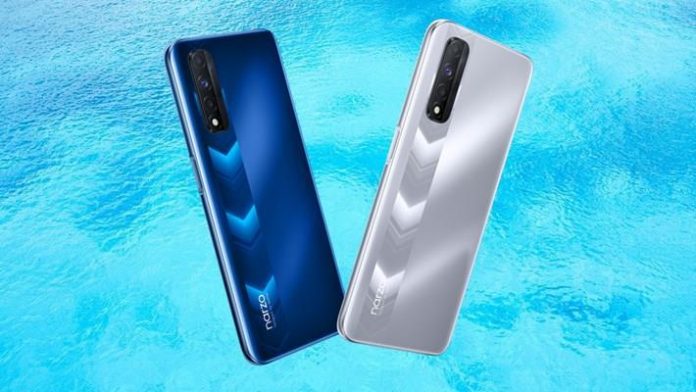 Narzo 30 is announced as the newest smartphone in the middle segment. Narzo 30, which does not have bad features for its price, stands out with its price / performance.

Despite being a company of only three years, Realme, which managed to create a significant user base around the world, announced the Realme Narzo 30, the newest model in the Narzo series. Perhaps the only downside of the Narzo 30, which looks like a budget-friendly, good price / performance model, is that it has a MediaTek processor that many consumers prefer to stay away from.

Narzo 30, which comes with a perforated screen design like most smartphones of today, has a 6.5-inch Full HD + LCD screen. Offering a fluent visual experience with a screen refresh rate of 90 Hz, the device offers a 90.5 percent screen-to-body ratio with its thin bezel design. Let’s also say that there is a 16 MP selfie camera in the hole in the upper left corner of the screen.

Powered by MediaTek’s Helio G95 processor, the smartphone offers 128 GB of internal storage in addition to 6 GB of RAM. In addition, the storage space can be increased with a microSD card. Powered by a 5,000 mAh battery, the smart Narzo 30 can be charged 50 percent in 25 minutes and 100 percent in 65 minutes with 30W fast charging support.

When we look at the camera features of the Realme Narzo 30, we see that it has a main camera with 48 MP resolution, f / 1.8 aperture. This main camera is supported by a 2 MP black and white portrait camera and a 2 MP macro camera with f / 2.4 aperture.

The Realme Narzo, which will be available in two different color options, blue and silver, will have an acceptable price tag, such as $ 192.

He must be the first to start a phone with Dimensity...

Affordable Flagship From Xiaomi Is Coming!