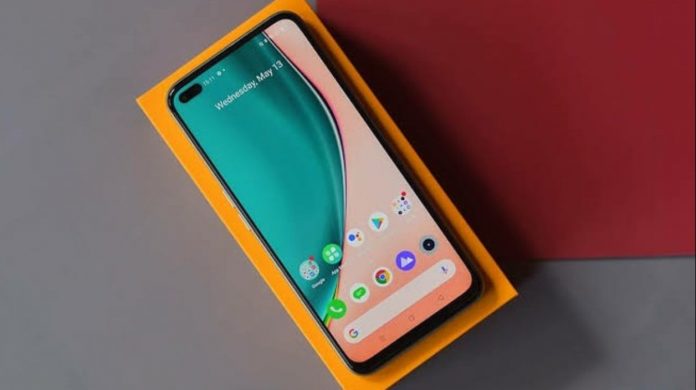 Realme 7 and 7 Pro were introduced last September. The long-awaited successors of these two smartphones have also been released. Realme 8 and 8 Pro will be official on March 24.

The special package sent by Realme to the press for the event includes a real 108 megapixel Infinity Camera. Realme shared the details of the camera in question a while ago. This camera will be available in Realme 8 Pro. The standard Realme 8 will come with a 64-megapixel main camera.

It is also noteworthy that the box sent by Realme has a yellow back panel. There is the slogan “Dare to Leap” on this panel. Realme calls this panel a “Pretty Custom Back Cover.” It remains unclear what the real name of the panel will be.

It is currently unknown which color options will be offered for the Realme 8 series. However, the probability of this yellow color option to be found in Realme 9 Pro seems very high. Although the company reported that this panel would glow in the dark, it did not share any other details.

Although no official information has been provided for the features of Realme 8 Pro and 8 for now, it was possible to get an idea about the phone thanks to the posts. It is already known that there will be a quad camera system on the back of both phones. In addition, it was possible to see the rear panel design and some features of Realme 8 in a previous post by Realme CEO Madhav Sheth.