Realme is among the most active brands in the smartphone market recently. The company is now preparing to release a new phone. The traces of the phone, which is expected to be named Realme 7 Pro, were seen in official records.

A document leaked to the Internet shows that the battery will give the phone the energy it needs with a capacity of 4500 mAh. In addition, Realme’s 65W SuperDart fast charging feature will also be available on the phone. It is also among the rumors that the selling price of the smartphone in India will be below 20 thousand rupees (1949 TL).

In the mentioned record, the model number of the device is seen as RMX2170. However, it was claimed in previous reports that this model number may belong to the Realme X3 Pro. Therefore, it is necessary to approach the leaked documents with caution. 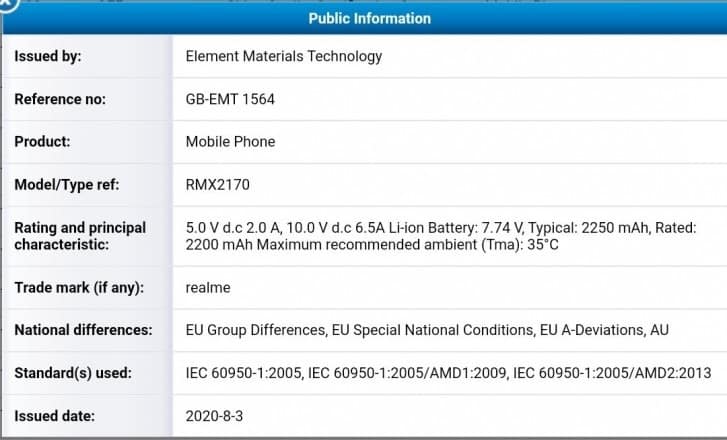 Another known point about the Realme 7 Pro, 7i and C17 models is that these phones will not offer 5G support. Signs that the X3 Pro will have 5G support increase the likelihood that the device in the last official document will be the 7 Pro. The accuracy of this possibility will be understood over time.

General Situation in the Market Before the Fed Statement

RM explains why BTS won’t be the same

The most impressive photos of Kylie Jenner with her cars

Claim: Apple Introduce a New iPad in Laptop Style in the...

New Zenbook 14 has screen instead of touchpad and 10th generation...