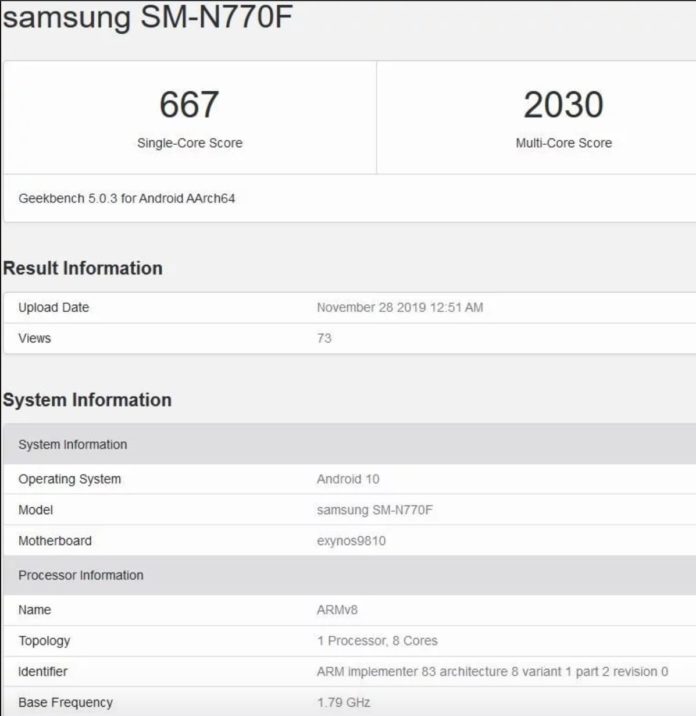 Some of the features of the Realme 5i, the newest member of the Realme 5 series, owned by Chinese smartphone manufacturer Realme, have emerged at Geekbench. The device will have 4 GB of RAM and a Snapdragon processor.

Chinese smartphone maker Realme will release Realme 5i in Vietnam on January 6th. The Realme 5 series (Realme 5 and Realme 5 Pro) were on the shelves in India last August.

In November 2019, the company released the Realme 5s with a 48 MP camera, which was the biggest difference between Realme 5 and Realme 5s. Some of the hardware features of the Realme 5i, the new member of the Realme 5 series, have appeared in Geekbench.

Hardware features
According to the information revealed in Geekbench, the version number RMX2030 is Realme 5i; It will have a Snapdragon 665 chipset, 4 GB of RAM and ColorOS 6 based on the Android 9 Pie.

Apart from this information, there is not much information officially known about Realme 5i, the new member of Realme 5 series. The device had previously appeared on the website of a Vietnamese retailer, and when we looked at the features there was no difference from Realme 5.

The information that appeared on the Vietnamese retailer’s website had two points where the new device was different from the Realme 5. One is that the front camera’s features have been reduced, and the other is that the crystal design has not been used. It is not yet clear why the company has renamed its smart phones with the same features for different markets.

The New Update For The Galaxy S10 Series Has Been Released!