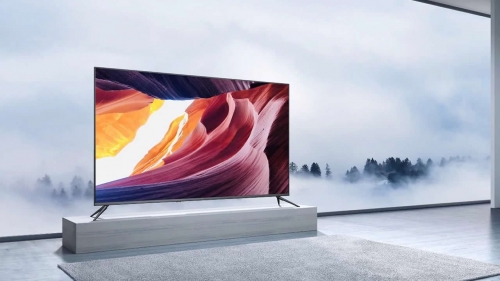 Realme 4K Smart TV was leaked before launch. Realme, is getting ready to take the stage with 4K Smart TV, while its features and price have been leaked.

Realme, which takes its place in the market with its smart watches, power banks and wireless headphones as well as smart phones; This time he is preparing to appear with his smart televisions.

The display options, features and alleged sales prices of the Realme 4K Smart TV, which was announced to be on the stage on May 31, were also revealed.

According to the information leaked by Realmetimes, Realme 4K Smart TVs will be offered in two sizes, 43 inches and 50 inches. Both screen sizes are expected to have exactly the same features.

The television, which is expected to offer 4K resolution with a 178-degree viewing angle and 1.07 billion colors; There will also be a built-in Chroma Boost Display Engine to optimize color accuracy.

The new Realme TVs will likely come with a MediaTek chipset developed for this type of product. Unfortunately, there is no information about RAM and internal storage for now. However, the new television is expected to differ from some models that still come with insufficient storage quantities on the market.

When we switch to the software side of the TV, Android 10 welcomes us. It is said to offer support for YouTube, Twitch, Amazon Prime, Disney +, Hulu, and even Google Chromecast and Google Assistant. There is also a poster that the television will come with its voice assistant.

When we look at the ports of Realme Smart TV 4K, dual band WiFi, Bluetooth 5.0, 3 HDMI; We see that there are 2 USB, 1 AV and ethernet ports. According to the sound details of the television, there will be 24W quad stereo speakers with Dolby Atmos and DTS-HD support.

The power consumption of televisions is 100W for 43 inches; It is said to be 200W for the 50-inch model. First of all, Realme Smart TV 4K, which is expected to be available for sale in India