Home Entertainment Realm Royale is back in a Big Update 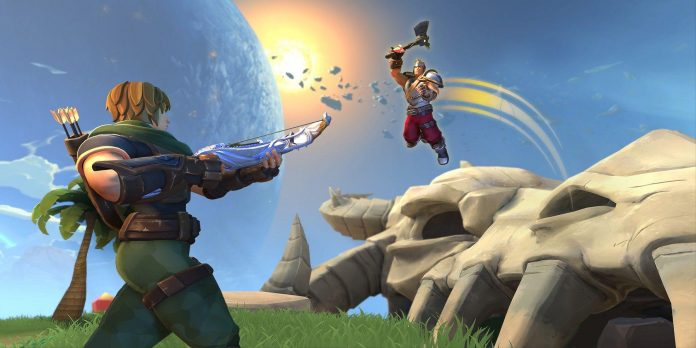 Two years later, the Realm Royale game in the battle royale genre from Hi-Rez Studios received an update. Hi-Rez Studios has developed successful multiplayer games Smite and Paladins, both of which have received many updates, while Realm Royale fans have been waiting for a long time for new content to appear in the game. The time has finally come.

Realm Royale is a third—person shooter from the same developer, but unlike this game, it’s a battle royale set in a fantasy world with lots of comedic concepts, such as players turning into chickens after being defeated. Realm Royale: Reforged brings not only some new things to the game, but also brings back elements of the game that have been removed, which many players have long wanted to return. The armor, which was one of the first things removed from the game a few years ago, can be found in many chests throughout the Battle Royale game map, and it gives players some advantages, such as increasing the cooldown rate and reducing the cooldown time.

Class abilities also returned in the Paladins spin-off, which made the class that players play for more important. In the past, players could swap the abilities they had at the beginning of the game for any other abilities of the same type, as long as they were not weaker than the ones they had already used. However, there are now abilities that only certain classes can use. While warriors, mages, and assassins can use the same movement abilities they always had at the beginning of matches before this update, Hunters have been given a new movement ability, the Cat Hook, which allows them to fly through the air. Classes now have certain combat abilities that they can also use.

Assassins can use Bait by sending their clone into battle. Warriors can equip Frenzy, which increases their attack speed, vampirism and the amount of damage inflicted on opponents. Mages can use a Fireball by shooting fire at their enemies. Hunters, unfortunately, were not given a combat ability for a specific class, but a completely new Light Step potion is a combat ability that any class can use. The Light Tread potion increases the speed of the players, as well as their height during the jump. Previously, players could only use one combat ability at a time, but now they can have two.

Hi-Rez Studios has also added some weapons that only certain classes can use. Warriors can wield throwing axes and long swords, hunters can wield long bows and crossbows, magicians can wield fire and ice staffs, and assassins can wield sniper and relic rifles.

Hi-Rez Studios said that it is already working on new things that need to be added and improved in Realm Royale every six weeks, and that this update is just a small part of everything that needs to happen, so we hope that it can compete with similar updates. games like Fortnite. Currently, developers are working on improving Realm Royale servers and will listen to player feedback on social networks. In addition, the developers also gave those who played the game before this update a lot of cosmetics, including OG skins and avatars for each class.

Realm Royale is available on PC, PS4, Switch and Xbox One.

The multiplayer game for PS4 and PS5 will be free for...

Who Will Play Adam Warlock Revealed