Home News Real Madrid, which has improved the Champions League record, is once again... 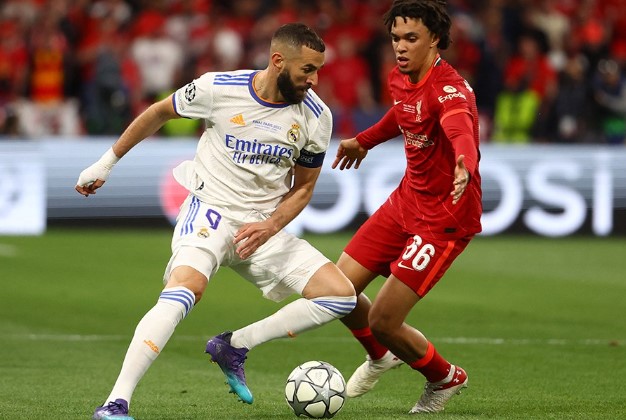 Real Madrid is the biggest in Europe. Defeating Liverpool 1-0 in the Champions League final, the Spanish giant took the trophy to its museum for the 14th time.

The biggest of the season in the UEFA Champions League has been announced. Liverpool and Real Madrid will face each other in Paris to reach the top of Europe.

The night at the Stade de France started with a delay of 36 minutes due to the lack of support from the fans and the lack of security before the match.

Carlo Ancelotti’s team, which had difficulty in organizing on the opponent’s field, found the net with Karim Benzema in the last minutes of the half. However, after the VAR review, the goal was canceled due to offside.

GOAL | It was Real Madrid who broke the tie in the giant final. Vinicius Junior, who met the ball sent by Federico Valverde from the right wing to the back post, found the net in the 59th minute with a single touch: 0-1.

No more goals were scored in the remaining part and Real Madrid, beating Liverpool 1-0, ended the Champions League 2021-22 season as champions.

The Spanish giant holds the record as the most successful team in the Champions League with 14 times.

Real Madrid competed in Group D with Italy’s Inter, Moldova’s Sheriff and Ukraine’s Shakhtar Donetsk. Finishing their group as the leader with 15 points, the Madrid team managed to get their name written in the final by eliminating Paris Saint-Germain (PSG) from France in the last 16 round, Chelsea from England in the quarter-finals and Manchester City from England in the semi-finals.

Benzema, who scored 5 goals in the group stage, took on more responsibility from the qualifying rounds and shouldered his team. Shaking the nets three times in the round of 16 and in the semi-finals, and four times in the quarter-finals, 34-year-old Benzema took the lead in the race for kingship, 2 goals ahead of his closest rival, Bayern Munich’s Robert Lewandowski, with a total of 15 goals.
For the Madrid team, Rodrygo 5, Vinicius Junior 4, Toni Kroos 2, David Alaba and Marco Asensio scored one each.

Bitcoin Mining Industry Has Difficult Days Due To Coronavirus