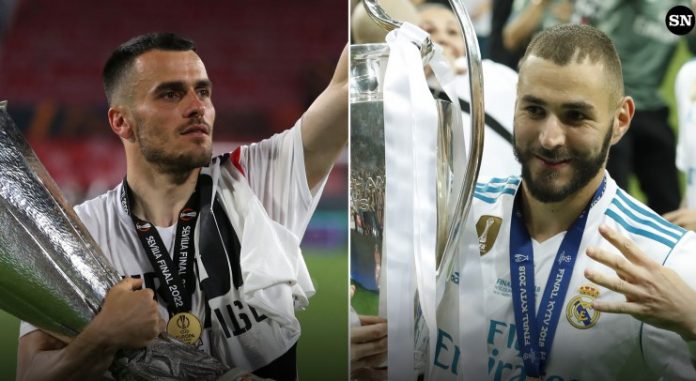 But Eintracht Frankfurt will be looking to spoil Madrid’s party, as they did to other European powers in the fight for the Europa League trophy last season. The Bundesliga team ousted another Spanish giant, Barcelona, along with English West Ham and Scottish Rangers, to lift the Europa League, thus earning a place in the one-time Super Cup.

Eintracht Frankfurt excelled in European competitions last season, despite struggling in the Bundesliga standings, where they finished 11th. A heavy defeat by Bayern Munich with a score of 6:1 in the first Bundesliga match last weekend does not bode well for Eintracht fans, but they hope that the team will be able to continue playing on the continental arena.

Real Madrid opens their La Liga season on Sunday against Almeria, but before the Super Cup they played three friendly matches at a high level. Carlo Ancelotti’s team achieved mixed results in these matches, which ended on a high note with a 2-0 victory over long-term Italian rival Juventus.

USA: Wednesday’s match at the Olympic Stadium in Helsinki, Finland, will be broadcast by CBS Sports Network (in English), as well as Univision and TUDN (in Spanish) in the United States. All three channels can be broadcast on FuboTV. The Paramount+ and ViX+ subscription-based platforms CBS and Univision will also broadcast.

Canada: In Canada, the match will be broadcast by UEFA partner DAZN.

Australia: Stan Sport will host a match for fans in Australia.

Carlo Ancelotti has formed a stable starting line-up over the past year, and it is unlikely that he will change for this match for the UEFA Super Cup. Karim Benzema missed the first few pre-season matches due to the long summer holidays, but he is back and ready to lead the line.

Despite the arrival of Aurelien Chuameni this summer for a lot of money, Casemiro will lose his place in the center of the defensive midfield at the moment, while Chuameni will get the opportunity to impress on the bench.

Up front, Federico Valverde gets a start on the right flank, as he did in pre-season and at the end of last year, although Marco Asensio played well in training matches this summer and can stall for time on this flank.