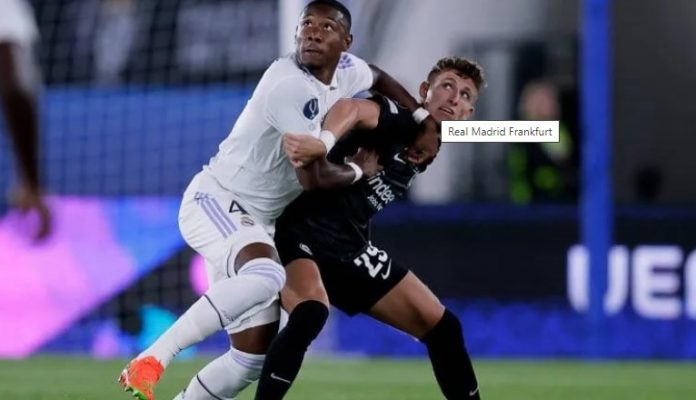 Real Madrid and Eintracht Frankfurt will meet for the European Super Cup. The fight, which takes place at the Helsinki Olympic Stadium, began at 16:00, directed by Michael Oliver. Merengue, champions of the Champions League, and Aguilas, champions of the Europa League, are fighting each other for a new title. Rafael Santos Borre comes into the starting lineup, and Lucas Alario comes on as a substitute in the German team.

Vinicius conceded a goal for Real Madrid against Frankfurt.
Karim Benzema conceded a goal to the Brazilian, who identified well, but the saving shot of his compatriot Tuta seems to have saved what could have been a Merengue goal in the European Super Cup at stake.

Courtois saved Real Madrid from the first in Frankfurt

There was a show before Real Madrid and Frankfurt entered the playing field.

Real Madrid vs. Eintrach: where to watch live and match details

Seattle Seahawks Made an Unfortunate statement by Drew Lock