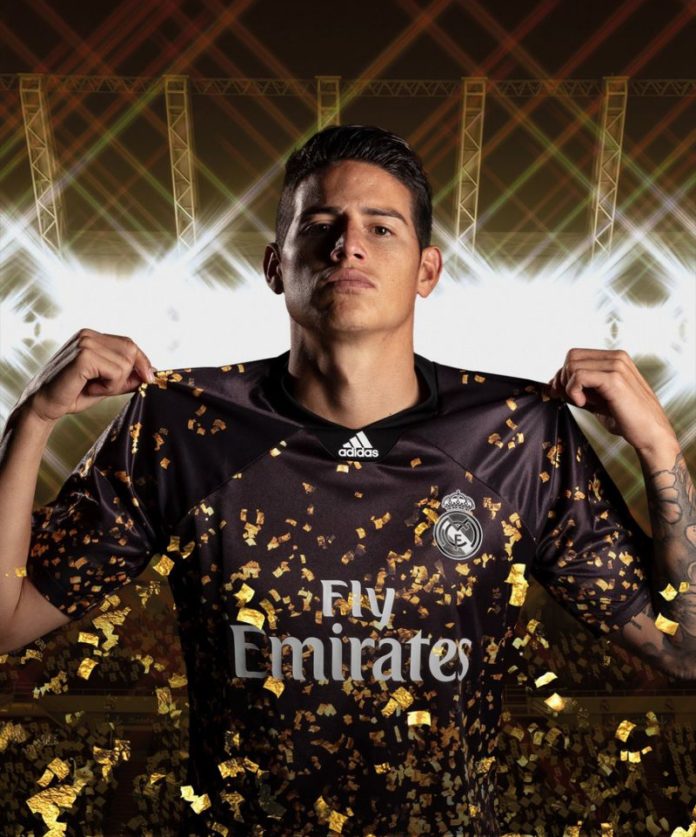 Real Madrid does not stop innovating. The white box is still thinking of continuing to reap successes on and off the field and for this, the shirts form a fundamental role in the ideas of the team of the capital of Spain.

That is why the squad led by Zinedine Zidane thinks about continuing to change. For this reason, the meringue box, associated with its clothing brand, Adidas, and EA Sports have launched a limited edition shirt.

The white box also has 5 models to wear the shirt, which is black, with gold motifs that occupy most of it. This is Benzema, Jovic, Bale, Marcelo and James Rodríguez.

The big star, which is Eden Hazard, does not appear. On the other hand, a player who is apparently always on the exit ramp, as is the Colombian, appears again in an advertising campaign.

The white box also released a statement explaining the origin of the shirt, which is currently a limited edition and will be available from December 4 in the video game ‘FIFA 20’:

“Adidas launches the fourth Real Madrid shirt available in FIFA20 in a limited edition. As it happened last season, adidas and EA Sports present a shirt inspired by the design of the fourth, available at FIFA20. This kit is on sale in online and physical stores of adidas and Realmadrid.com.

In addition, as of December 4, it can also be acquired through FIFA 20 and Volta playing with Real Madrid as a favorite team automatically.

The shirt design pays homage to the club’s trophy-trodden history and is designed on a black background that contrasts with gold confetti details that bring maximum impact to the garment. A training jacket and pants will also be available for sale, which can also be purchased in the Volta game mode. “