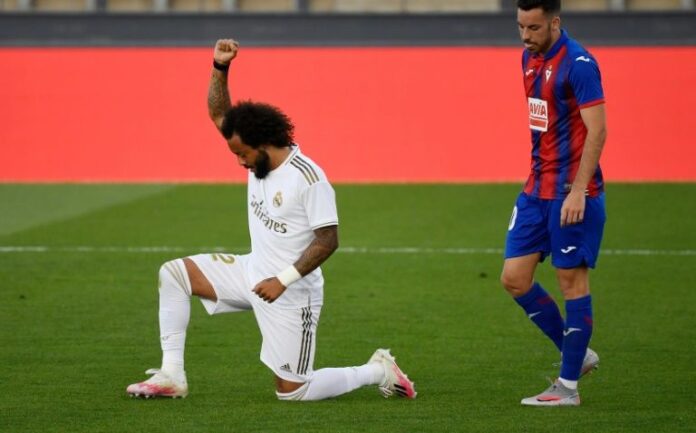 Real Madrid side Marcelo (32) celebrated his goal, the third of his team on Sunday evening at the reception of Eibar for the 28th day of La Liga, kneeling with his fist raised and his head bowed in tribute to the fight anti-racist.

The Brazilian defender scored Real Madrid’s third goal in the 36th minute and immediately knelt on the ground, fist raised and head down, in tribute to George Floyd, an African-American killed during his arrest by the police, and the anti-racist movements that are multiplying around the world, we have been able to see on television broadcasts.

“Knee to the ground and raised fist for Marcelo after his goal. A tribute to George Floyd and a demand against racism,” commented Marca, the best-selling daily in Spain.

After the photo of Valencia CF players in support of the “Black Lives Matter” movement on June 9, this is the first demonstration of solidarity with the anti-racist movement carried out in the middle of the Liga match.