Home Entertainment Real life orc: Man operates to be one of the creatures of... 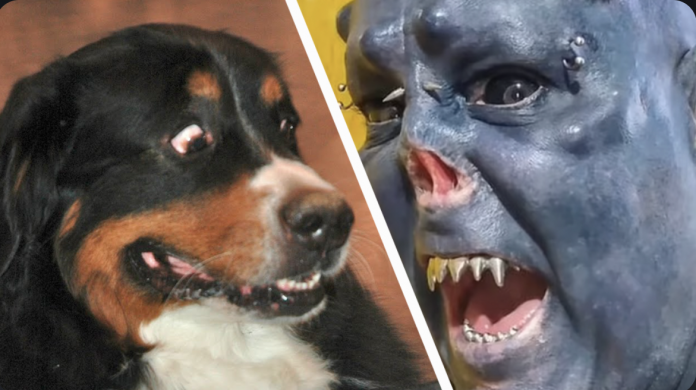 Everybody has a favorite character
Many of us have our favorite characters, those that we admire for different reasons and that we have even imitated. Even on special occasions like costume parties or Halloween, we have surely dressed up as someone from our favorite sagas like Star Wars or The Lord of the Rings.

Although cosplay exists, there are those who take their fanaticism to extremes. We already saw what a young man can do to have the powers of his favorite superhero. Now we have an adult who has used his time and money to look like an inhabitant of the world of The Lord of the Rings.

From tattoo artist to orc from The Lord of the Rings

Fernando Franco de Oliveira is a man from Brazil who has a tattoo studio in the city of Tatui. His love of tattoos and the ‘pain of needles’ has led Oliveira to change his body in very drastic and painful ways to look like an orc from The Lord of the Rings.

Oliveira’s body is almost full of tattoos, except for the palms of his hands and the soles of his feet. Even his eyes have been tattooed to give them a totally black look, but although it sounds painful, this is not the most extreme change he has made to his body. 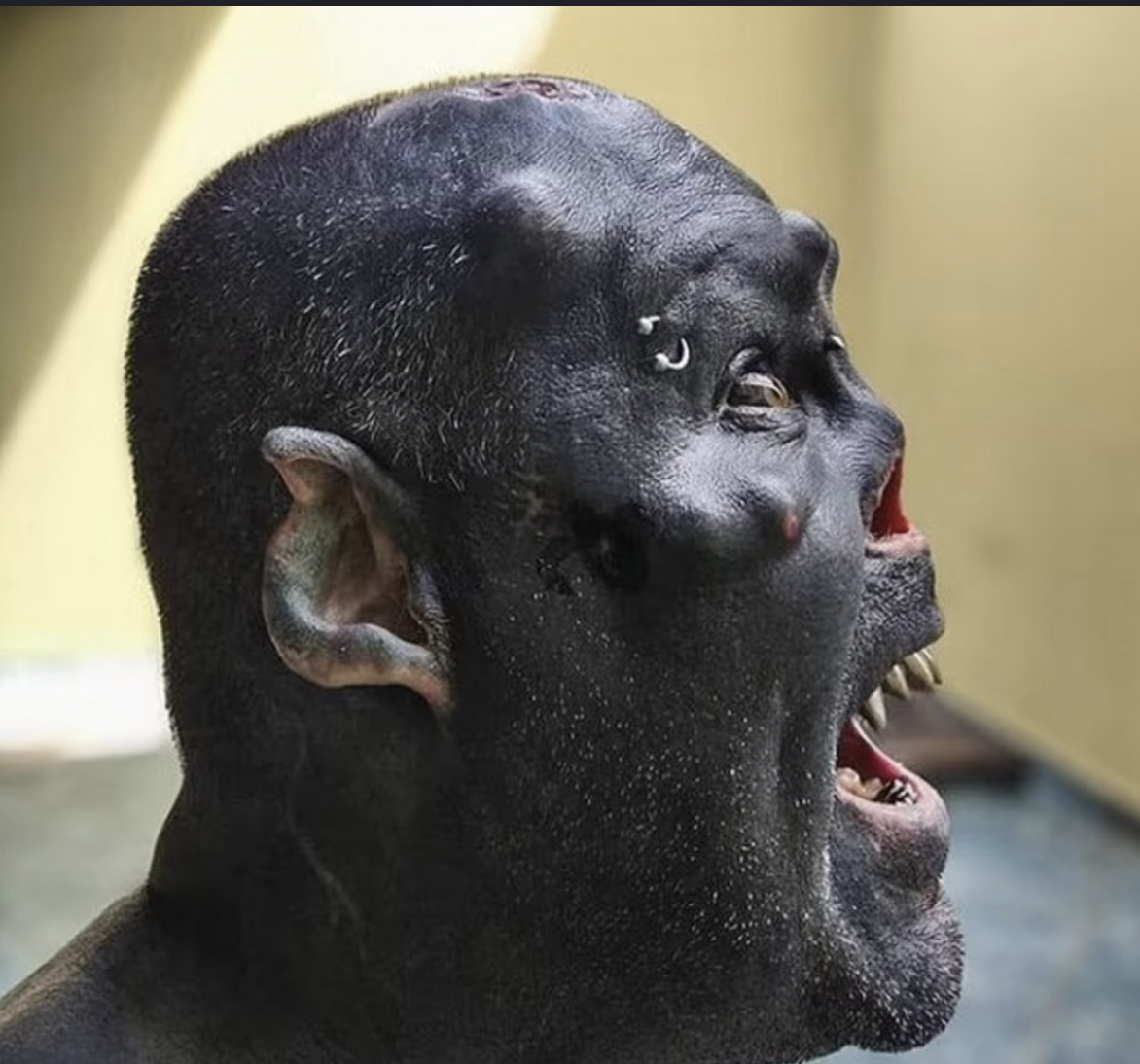 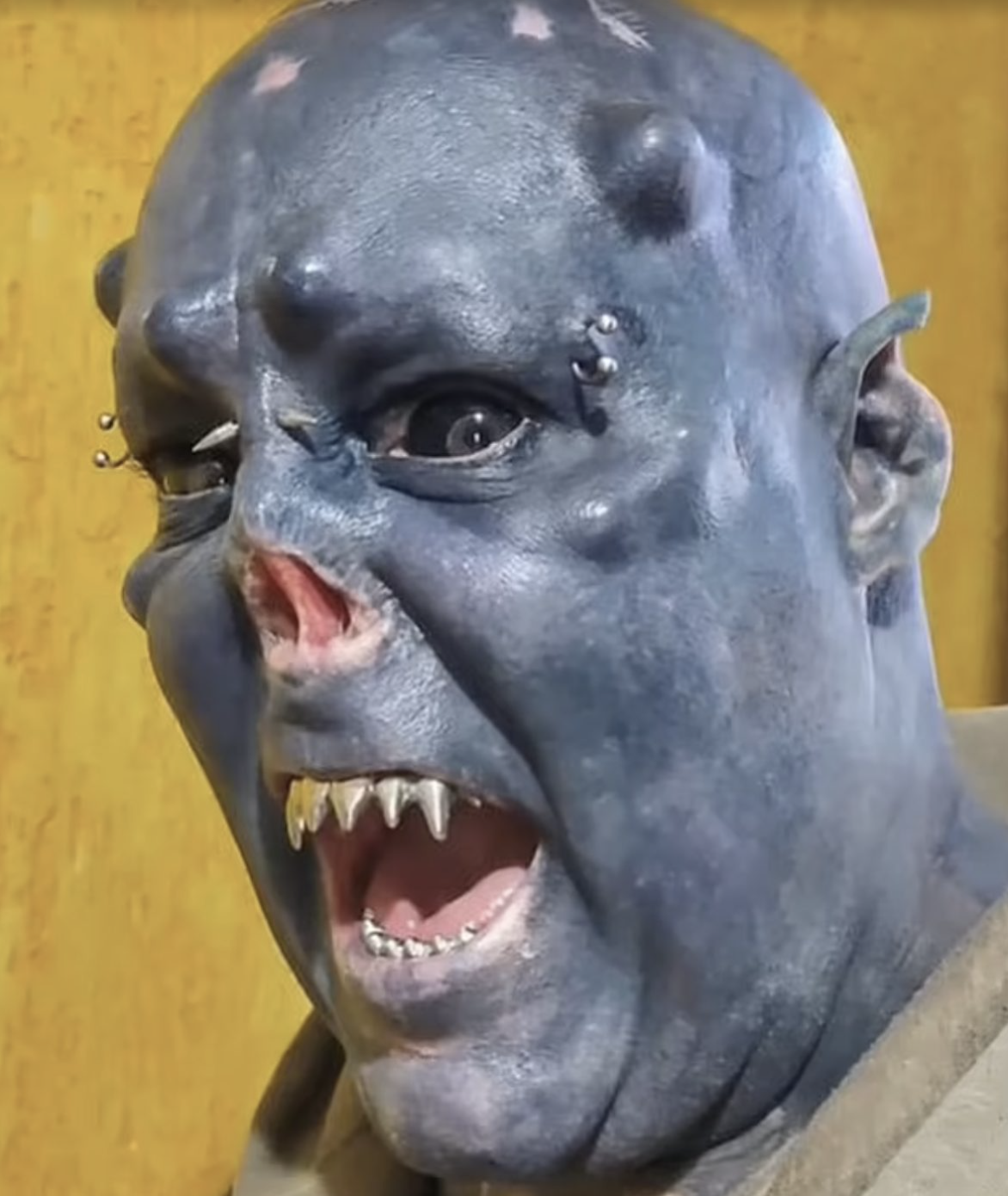 Oliveira decided to tattoo all his skin with a dark blue tone, in addition to the fact that he placed implants on his head that simulate small horns. He not only made additions to his body, he also mutilated his tongue to have it forked and his ears to give them a more orc look from The Lord of the Rings.

The most drastic change, even for the tattoo artist himself, was the removal of his nose. Oliveira admits that he was very painful and that he required a lot of care, but that he can breathe normally. He was not lying when he said that he is a pain fanatic as he says he will not stop and plans to get more grafts on his head and to mold his ears to be more pointed. Weren’t there orcs from The Lord of the Rings easier to imitate?