Home Entertainment Real Housewives: The 10 most emotional quotes from the franchise 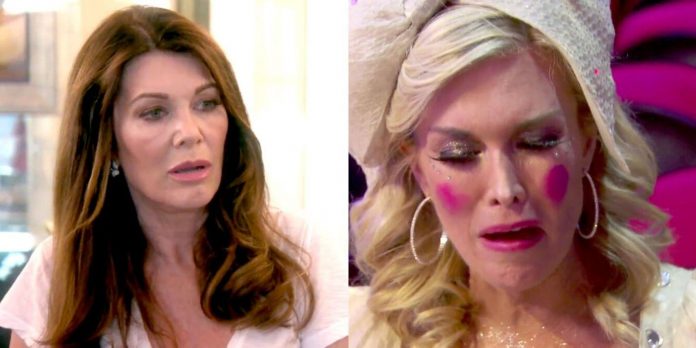 When reflecting back on the various cities and seasons of the Bravo reality franchise, it’s clear that when cast members share the tricky and complicated parts of their lives, they’re going to experience a range of emotions. This results in some memorable quotes that allow viewers to empathize.

“It’s very weird that this is not gonna be our home.”

Gia and Teresa are moving in RHONJ’s “Nightmare in Nashvegas”

The Real Housewives of New Jersey has traced Teresa Giudice’s many changes over the years, including her divorce from Joe. In season 12, Teresa and her daughters moved to a new house and began living with Teresa’s now fiance Luis Ruelas. Teresa’s many RHONJ fights show that she can be incredibly tough, but she shows her softer side with her family.

When Teresa asked her daughter how she felt about the big move, Gia shared that it was really sad to say goodbye to the house and to think about never living there. It was hard not to tear up watching Teresa think about the happy times she spent cooking and sitting in the kitchen with her parents, who had passed away. While fans know that Teresa can be harsh, she does love her family.

“You care more about your image than your friendships.”

Kyle and Lisa ended their friendship on RHOBH

In season 9 of The Real Housewives of Beverly Hills, Lisa Vanderpump and Kyle Richards stopped being friends when Kyle said that she believed that LVP spoke to the media. Lisa was shocked, stunned, and eventually kicked Kyle out.

When Kyle told Lisa what she really thought, the sadness in her voice was apparent. It took a lot of courage for Kyle to say this, as she and Lisa had been friends for a really long time. It seems likely that Kyle knew that making such a strong statement would change their friendship for good.

“This is not funny! You have a little family van.”

In Vicki Gunvalson’s famous The Real Housewives of Orange County scene, the reality star was upset that a small car came to pick up her, her then husband Donn, and her kids for a vacation. Vicki said “When do you ever bring a family van to pick up six people? This is ridiculous” and this quickly became a popular and rewatchable RHOC scene.

While many would shrug and make it work, Vicki was devastated about this van and became stressed out immediately. Since the reality franchise shows the lives of the wealthy and fabulous, sometimes these inconveniences lead to unforgettable moments like this one.

“I always fight for you.”

Joe and Teresa fought on RHONJ

An evening at the Jersey Shore turned dramatic and chaotic when Melissa Gorga became frustrated with Teresa. The RHONJ co-stars upset each other, with Melissa saying that she always stood up for Teresa. Melissa’s husband and Teresa’s brother Joe Gorga eventually told Teresa that he was always there for her.

The hurt that Joe had felt for years was clear here, as he and Teresa had a difficult time getting along for several seasons of the reality show. Joe wanted to get to a good place with his sister, especially since they had lost their parents, and he was tired of the negative emotions and arguments.

“I don’t want to think the worst…”

In a season 14 episode of The Real Housewives of Atlanta, Shereé Whitfield waited at a Philadelphia restaurant for her boyfriend Tyrone Gilliams, whose lawyer said that he wouldn’t be able to come. She was confused and upset, as she was waiting there for a long time. Tyrone’s lawyer said that he might violate his parole, as he was in trouble for wire fraud.

Shereé phoned Kenya Moore briefly, admitting that she was beginning to fear that something had happened to Tyrone. Sheree was honest about how upset she was, and viewers could see that she was struggling in this scene, wondering what was going on.

“Why do I need your approval so much?”

Tinsley was upset with her mom in season 11

While some Real Housewives scenes are hilarious, others are heartfelt and honest. In season 11 of The Real Housewives of New York City, Tinsley Mortimer told her mother Dale that she was miserable and struggling with negative emotions.

Tinsley sounded emotional when she asked her mom why she cared so much about what Dale thought. Tinsley felt that her mom put a lot of pressure on her to get married and have children, and Tinsley felt like she was at a crossroads in her life, as she wasn’t sure if that would happen. It was refreshing to hear Tinsley admit her feelings.

Season 1 of The Real Housewives Ultimate Girls Trip began with a big fight on the plane, with Ramona Singer upsetting everyone by talking herself up. When Ramona said that she was the reason why the Bravo franchise became popular, Kyle became frustrated and shared her thoughts on the matter.

Fans could hear the irritation and emotion in Kyle’s voice as she tried to get Ramona to understand that every cast member there had contributed something special and important to their own series. Ramona has a tendency to sound self-centered in several episodes and her co-stars just wanted to go on a fun vacation and not talk about egos. Kyle was right to say that everyone was starring on a TV show at that very moment so they were on equal ground.

“I don’t even have any words for it.”

Shannon phoned Tamra about her divorce

Shannon Beador shared a lot about the demise of her marriage on RHOC and in one scene, she called Tamra Judge and said “my nerves are shot” but her ex-husband David was told to pay $30,000 each month.

It was difficult hearing Shannon tell the story of how David yelled at her afterward as he was “livid” and didn’t like the way that things worked out. Shannon explained that the settlement was going to be $22,500 monthly. Fans had seen the couple’s relationship fall apart over many episodes, but hearing about the harsh reality of their divorce was definitely sad.

“I feel like everything about you is not sincere.”

In season 14 of RHOA, Kenya shared her thoughts about Marlo Hampton: that she wasn’t a caring, genuine or supportive friend. There have been several intense RHOA reunion arguments, but often, the cast members will talk to each other and experience a lot of tension.

Viewers could hear the hurt in Kenya’s voice as she told Marlo how she really felt about her. While Housewives often talk about whether or not someone is being the support system that they should be, Kenya sounded especially upset, and it was clear that the co-stars wouldn’t likely get along anytime soon.

“I don’t have a mother to call about this.”

In season 8 of RHONY, Bethenny Frankel had an operation, and as she sat in a car afterward, she cried, realizing that she didn’t have family who she could call to help her out. Bethenny spoke to the camera in a confessional and said that she wasn’t able to phone her mom and receive compassion, love, and support.

Bethenny was always honest on the reality show about not receiving love from her parents, and as she got older, she wasn’t in touch with them. Since Bethenny talked about her businesses and always seemed so tough and on top of everything in her life, it could be a surprise to hear her become more vulnerable, but fans always liked seeing this side of the reality star.

Outriders has an eye on your storage