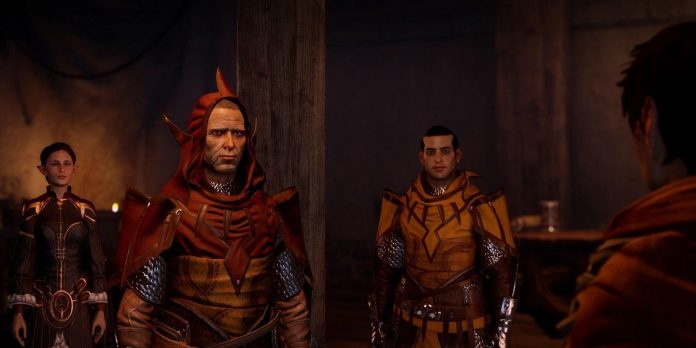 In 2009, developer BioWare released the medieval fantasy game Dragon Age: Origins. At the time of release, the game was highly praised by critics and currently has a 91 PC score on Metacritic. As the franchise expands, the world becomes more tangible. The longer a person spends in the world of Dragon Age, the longer the player can begin to notice obvious parallels between the world of Tedas and real medieval history.

The history of Europe, especially Western Europe, is inextricably linked with the history of the Roman Empire. During the last few centuries of the Roman Empire’s existence, it was in constant turmoil. Civil wars, the plague, poor leadership, the rise of Christianity and the invasions of the Huns and Germanic tribes — all this contributed to the fall of the Empire. Various Germanic tribes continued to divide the western half of the Empire, which gradually turned into the kingdoms that we all know today. However, contrary to popular belief, the Roman Empire is technically not over yet.

How the Byzantine Empire saved Europe from Falling

In 286 AD, the Roman Empire was divided into two halves. What became known as the Western Roman Empire included what is now known as Western Europe and North Africa. It was an empire that collapsed by 476 AD, and historians usually call it the fall of the Roman Empire. The second half of the empire, known as the Eastern Roman Empire, consisted of the Balkans, Turkey, Palestine, Israel, Syria and Egypt and was generally more stable politically, financially and militarily than its Western counterpart. He remained a powerful force in Europe until he was completely destroyed by the Turks in 1453 AD. Today it is simply known as the Byzantine Empire. However, all this raises the question of why the Eastern Roman Empire did not try to regain the West, given its instability. Although the Empire made several attempts in the sixth century, the Empire faced a new threat coming from the Arabian Peninsula.

In the Arabian Peninsula, the Islamic prophet Muhammad ibn Abdullah united the lands with a new religion. After his death, various successor caliphates invaded many parts of Africa, Palestine, Spain and the regions now called the Middle East, with the Byzantine Empire bearing the brunt of these invasions. In particular, it has lost almost all of its territory. The Rashidun caliphs between 632 and 661 AD, while the Empire managed to hold only the Balkans and modern Turkey. At the turn of the millennium, Western European powers began a series of crusades aimed at taking modern Israel away from the Islamic powers that controlled it, which ultimately ended in failure. Many of these events can be seen in some of the best medieval video games. None of these territories will ever be returned to the Eastern Roman Empire before its fall.

What does all this have to do with Dragon Age?

In the Dragon Age world, Tevinter was the dominant empire over most of Thedas. The details of what happened to the Tevinter Empire are rather vague and inconsistent, but, as in the case of the Roman Empire, its fall was due to a combination of factors. The First Pestilence weakened the Imperium and set the stage for future uprisings throughout Thedas. The biggest of these uprisings was the one led by Andraste, who in the age of the Dragon was the equivalent of Jesus and/or Joan of Arc. As is the case with similar religious figures, what she said and did is the subject of controversy and controversy, and some believe that in fact she was the chosen woman of the Creator, representing his will on Earth. Others claim that she was just a powerful and charismatic magician. Despite this, the ideas she taught and preached spread throughout Thedas and became one of the dominant world religions. But, as in the real world, there was a lot of disagreement about who had the last word on what was right and what was wrong.

Similar to Catholicism in Europe, the Dragon Age Church, known as the Chapel, consists of two very different sects. The first is a Chapel founded in the Empire of Orléa and composed entirely of women. Like the Roman Catholic Church, many consider it a corrupt institution of oppression. It became clear that there are many good people in it, but it is also an organization that actively oppresses magicians and continues to tell the world that the world is going downhill. The Tevinter Empire has its own version of the church, but it is noticeably looser in its rules regarding magicians, like the Eastern Orthodox Church. Like Europe, one version of this accusation thrives in the fractured nations of the old empire, while the other thrives in the surviving part of the empire.

Dragon Ball Super, Chapter 76 Now Available: How To Read It...