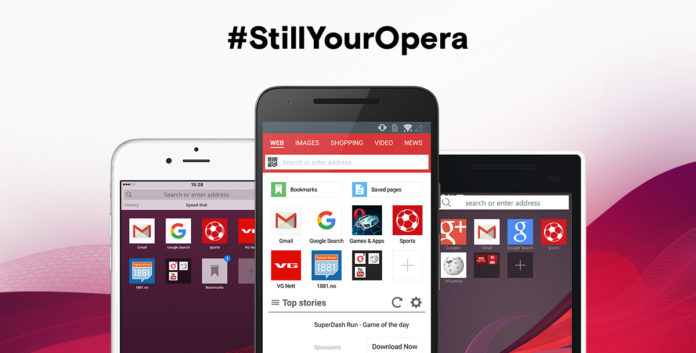 Opera, which wants to compete with Google Chrome and Mozilla Firefox, constantly offers new features to its users in order to distinguish itself from its competitors in this field. The new feature of the company in this area was the Reader Mode.

In order to compete with its gear rivals Google Chrome and Mozilla Firefox, Opera offers its users features such as ad-blocker and unlimited VPN installed with the browser. The company brought the ‘Dark Theme’ feature to its users with the update it released in December.

The company, which wants to keep the competition well, brings new features to the browser with the v56 update this week. The most striking feature of the company brought with this update is the Reader Mode.

New features coming to Opera:
Opera browser users; They can use Reader Mode by clicking the icon in the address bar at the top. The feature is available only when the page is simplified, so you will not be able to use this feature while browsing Webtekno’s homepage, but you can use this feature when you click on the news to read a story. The Browser previously had Reader Mode, but this feature was only available in the news section compiled by Opera.

Of course, although all these features are very useful and useful, it is written in the minus of the browser that Opera sells user data especially in Asia and Africa and does not comply with Google Play rules. So what do you think about the new features of Opera? You can share your ideas with us in the comments section.

Apple Returns To Fight With Corellium Due To ‘iOS emulator’