Home News Reaction from Ukraine to Coca-Cola Continuing Its Sales in Russia: All Products... 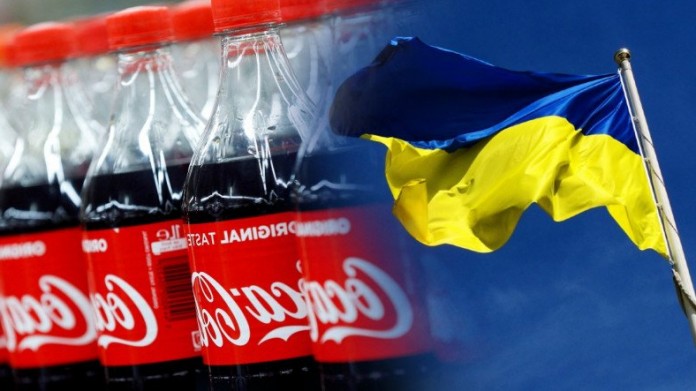 Some supermarkets in Ukraine announced that they have stopped selling Coca-Cola products. In the statements made by the supermarkets, it was noted that the reason for the decision was that the company still operates in the Russian market.

Ukraine, which has been under Russian occupation for weeks, made a move against Coca-Cola, which has a serious market in Russia with 3 percent and continued to work with Russia during the war. A supermarket chain in Ukraine, in a statement on its Instagram accounts, announced that it has stopped selling the products of the company due to Coca-Cola continuing its duty in the Russian market.

Many supermarkets were involved in the movement started by the supermarket. Supermarkets announced that the sale of all products belonging to the company in their stores was stopped and future deliveries were also cancelled.

All Coca-Cola products off the shelves, deliveries halted

Employees of a Ukrainian-based supermarket chain called NOVUS have removed all products from Coca-Cola store shelves.

In the statement made on the subject, “Despite all the atrocities our country is currently experiencing, this shameless company continues to work with all its might for the invaders. We reject all products belonging to the brand. Agents can contact us and get all their goods that are contaminated with inhumanity and indifference. Using the phrases “Get out of our country!”, the supermarket chain openly accused Coca-Cola, a private company, of being “shameless” and “inhuman” for continuing to work with Russia, and invited other grocery stores to do the same.

In addition to NOVUS, supermarket chain Varus and Fozzy Group have also announced that they refuse to sell Coca-Cola products. Regarding the decision, Varus noted that “We took this decision taking into account the official stance of the Coca-Cola company to continue its activities in the aggressive country market”, while Fozzy Group told the press service Interfax-Ukraine, “As of today, Silpo, Fora, FOZZY Cash&Carry “We are removing all Coca-Cola products from the shelves of Market super Trash stores and stopping all future deliveries.”

They find the corona patient by sniffing