Home News Reaching 1.7 million downloads in its first week, Quibi is working on... 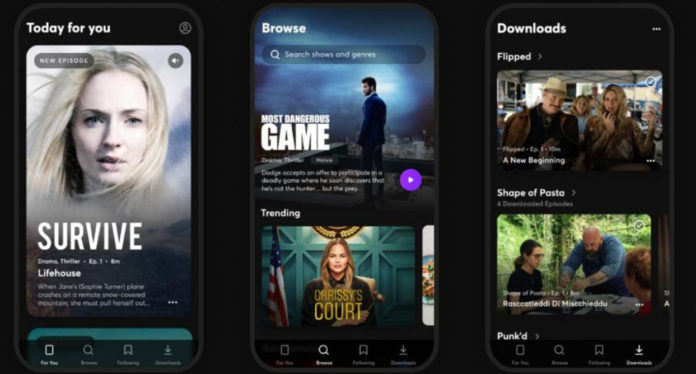 Quibi’s CEO, Meg Whitman, said that the average age of those who downloaded the app was 30-35.

Launched in the USA on April 6, the digital streaming platform Quibi reached 1.7 million downloads in its first week. Quibi’s CEO, Meg Whitman, said that the average age of those who downloaded the app was 30-35.

Although Quibi offers users the first 90 days for free, analysts predict that between 1 and 1.5 million users will still pay 1.7 million users who have already downloaded the app. However, it is possible to say that this number is quite low considering that the platform has competitors such as Netflix, Disney +, Hulu, Prime Video. For example; Disney + had exceeded 3.2 million app downloads on launch day. But there are some things to remember at this point. Because Quibi focuses only on mobile and its contents are limited to an average of 10 minutes. By doing this, Quibi pushes the user to spend more time on the platform. In addition, Quibi does not serve globally like the platforms mentioned above. Such features cause the platform to separate from others.

Recall that after the trial period of Quibi, it will take $ 4.99 a month for an ad-supported plan and $ 7.99 for ad-free viewing. Meg Whitman stated that 80 percent of users who started watching a program finished at least the first episode. However, considering the episodes are 10 minutes long, this is not surprising.

We can say that one of the most important problems of Quibi is the lack of TV support. The founders of the company, Jeffrey Katzenberg and Meg Whitman, state that they are aware of such a shortcoming, even if they broadcast an app without any TV app or widescreen experience. The two say they are working on TV support for Quibi. However, while TV support will increase the number of users, it also means that the platform gives up what it promises. We will see together what kind of policy will be followed in the coming period.

Netflix wants to make a movie about Wall Street and GameStop