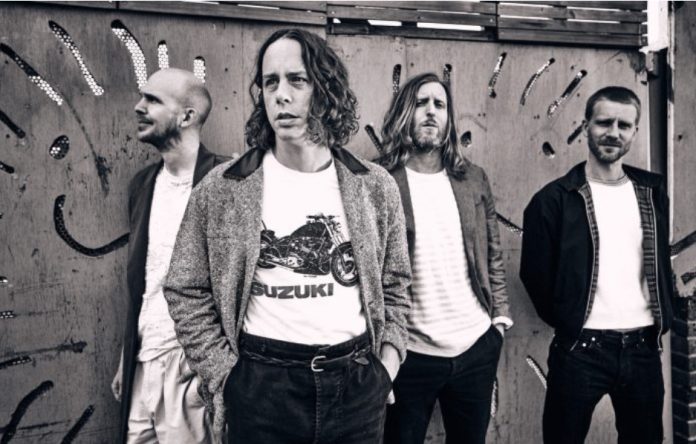 The band is also releasing a new documentary called “Fall To Pieces” next month.

Razorlight announced details about the new Best Of album and shared a brand new song — listen to “You Are Entering The Human Heart” below.

Indie icons of the 00s, who reunited with their original line-up consisting of Johnny Borrell, Andy Burrows, Bjorn Ogren and Carl Dalemo, will release a new Greatest Hits compilation “Razorwhat? The Best Of Razorlight” on December 9 at EMI.

Along with the best hits of their career, the album will include two new songs, one of which — “You Are Entering The Human Heart” — has already been released.

The new song uses Borrell and Burrows’ joint vocals, with the former explaining: “Andy played it to me, and I thought: “It sounds like a hit groove.” I produced it and I’m very proud of it.”

Burrows added: “It was really a collaborative experience working on this track. I think it’s a great pop song.”

Listen to “You Are Entering The Human Heart” and check out the track list of “Razorwhat? The best of Razorlight” below.

The band is also the hero of the new documentary Fall To Pieces. The upcoming film directed by Ben Lowe will tell the “untold story” of the band, which formed in London in 2002. Its name was inspired by the title of Razorlight’s 2006 single “Before I Fall To Pieces”.

Speaking about his decision to reconcile after 11 years away from the movie trailer, Burrows says: “If I don’t, I think I’ll probably think about it until the end of time. I don’t know… the last Johnny I knew was Johnny [in] 2009. Today it seems incredibly surreal to me — I have no idea what to expect.”

The official synopsis reads: “Aged and wise, Johnny wants to reconcile and reunite the classic Razorlight line-up. But with former bandmates abroad and estranged, it may not be so easy. Will Razorlight be able to recover fifteen years after they were blown to pieces?”

Back in January of this year, the four announced that they were working on a new full-length album. This summer, the band returned with the punk single Call Me Junior. Details about Razorlight’s fifth studio album have not yet been disclosed.