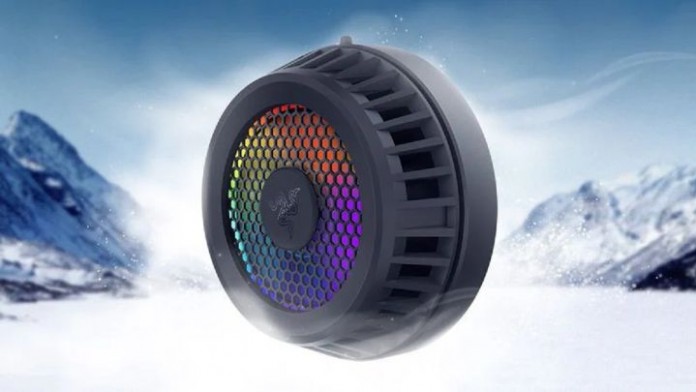 Razer: All smartphone users know that their device has very powerful capabilities capable of performing all kinds of tasks. Obviously some are much more demanding than others, so the internal chips are squeezed to the maximum at those times in order to show good performance. This means that the internal components can get hot and this is a big problem. But thanks to some gadgets this has a solution thanks to peripherals like the new Razer fan for your iPhone.

This is the new Razer fan

One of the things that have not improved much in smartphones is the cooling system. It is true that many companies have worked on liquid vapor cooling, which improves the cooling of the device components a bit. Unfortunately this is not enough given that there are more and more applications that require a lot of power to run.

For that there are a lot of gadgets that can help and Razer has shown a solution with its cooler for iPhone. The device is perfect to put it on the back of the device, just because of the magnetic part. This is what also makes it special, as it is compatible with the company’s MagSafe technology. That way you do not have to anchor in any way to the sides of the device. In fact, as far as it is concerned, it is very reminiscent of BlackShark’s solution for its terminals to avoid overheating due to prolonged use of high-impact applications such as games.

The rest of the features are purely cosmetic, since it has an RGB lighting system that is very reminiscent of the colorful components used for the construction of gaming computers. It is also compatible with previous generation phones, so you can only use it on iPhone 12 and 13. As for the price, it will be available for about 60 euros to change and can be purchased in the store of the firm itself.