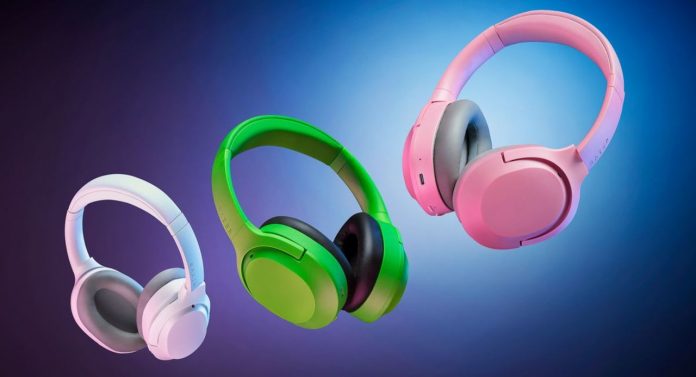 Razer, one of the first brands that comes to mind when it comes to gaming equipment, has managed to make a name for itself with its assertive products developed for daily tasks. The Opus, which the brand introduced last year, received intense criticism that it was expensive. Considering these reactions, the company introduced the new more affordable Razer Opus X model.

Equipped with 40mm custom-designed drivers, Razer Opus X incorporates Active Noise Cancellation (ANC) and rapid attention mode that lets you hear outside sounds. The device has a total of 4 microphones, two for ANC and the others for improving speech quality. The most important difference of the headset compared to last year’s model is the absence of THX spatial audio support.

Supported by Bluetooth 5.0 technology, the headset promises a lag-free audio experience and long usage distance. Razer Opus X, which offers 60 ms latency in games with its game mode, is especially beneficial for its users in competitive games. Charging with a USB Type-C port, the Razer Opus X offers 30 hours of battery life when Active Noise Cancellation is on, and up to 40 hours when it’s turned off.

The headband and pads of the Razer Opus X headset, which we can call quite light with a weight of 270 grams, are made of artificial leather, and the outer part of the pads is made of plastic. You can increase/decrease the volume, stop the music, turn on Active Noise Cancellation and switch to fast attention mode thanks to the physical buttons on the device, which has 3 different color options as green, pink and white. You can also assign any action you want to one customizable button.

Razer has also developed a “Razer Audio” application for the headset. With it, you can adjust the functions of the buttons as well as quickly manage sound settings such as the equalizer from your phone.

How much does the Razer Opus X cost?

Although Razer is mostly known for its high-priced equipment, this is not the case with the Razer Opus X. The first Opus model was offered for sale with a price tag of $ 200 and received criticism. Listening to the feedback, Razer announced that it will sell the Opus X for $ 100.

Considering its price and features, would you prefer the Razer Opus X?