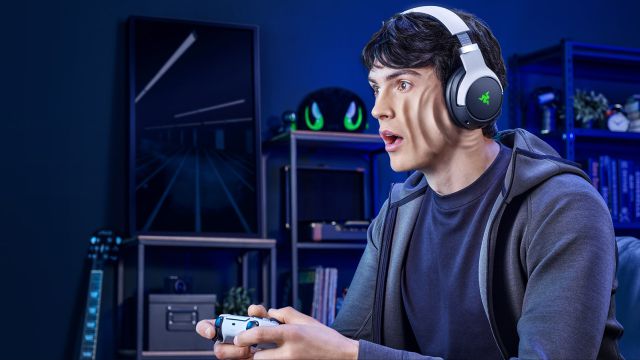 Razer Kaira Pro: The Razer house launches new Kaira Pro helmets, this time with modifications compared to the previous ones and with a vibration that wants to make a difference. Razer has been promoting its line of Kaira helmets for months, with different modalities that adapt to platforms and pockets. If before the end of the year we talked about the Kaira X and at the beginning of the generation, about the Xbox Kaira Pro, today it is the turn of highlighting a new piece that takes important steps forward and is worth knowing. These are the Kaira Pro for PS5, PS4, PC and mobile. They arrive with improvements and design changes, but with a differential element: the haptic vibration that it offers to the sound and that has surprised us for the better.

But starting at the beginning, note that we are dealing with a multifunctional device without cables, which seeks to be able to connect both to the console and to our mobile device at the same time. The system is very easy to connect because, as happened with some of the brand’s previous helmets, it is accompanied by a USB-C receiver to which it is connected directly by 2.4ghz frequency, immediately and without having to pair with a device or with another. This makes things a lot easier and gives it some versatility because if you have a USB-C input, you have fully functional headphones. Unlike the previous version, this time we have a button that allows us to manually exchange the sound input, in case we want it to be the mobile (bluetooth) or the gaming device we are on, something that is appreciated.

Note, in bluetooth mode, that we can activate a game mode -via app- in order to have lower latency and that everything is better synchronized. To this is added that we are facing the Premium version of the line, so it has titanium diaphragms with greater clarity in both treble and midrange, as well as very good bass that places the sound at a level somewhat higher than what we could see with the Kaira. Along with this, there is also a differential detail: we can extract the microphone if we are not going to use it, as was the case with the previous Xbox Pros, something that cannot be done with the Kaira.

The great novelty and surprise that we have taken with these helmets is in the haptic technology that allows vibrations to be offered according to the sound that is entering the game, all in real time and working with any type of content, not just video games. The first time we tried it, we were playing FIFA and we started to notice how the ambient sound vibrated when there were some elements and effects in the match. Then, in the menu, the vibration also accompanied the music that was playing. The first impact is surprising because you don’t expect it, but then you realize that it has more crumb than it may seem.