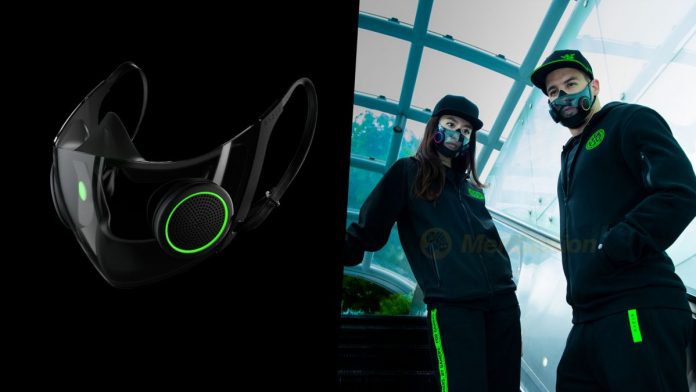 Project Hazel is “the smartest mask in the world,” according to Razer. The company reveals its design and built-in functions. No date.

Razer will have its own licensed mask. Project Hazel, dubbed “the most intelligent mask in the world”, will bring a series of benefits to the user with respect to those commonly used. The company ensures that its active ventilation is capable of filtering “at least” 95% of the particles in the air, thanks to its high-efficiency antibacterial N95 filter.

To sterilize it from bacteria trapped in the filters, Project Hazel includes a charging base that features an ultraviolet light. While the mask recharges batteries, that emitted light kills all other viruses. You will need to charge it with power given the built-in electronic functions, as well as the fans.

Due to its transparent design, the mask detects the light conditions around you. In the event that the lighting is not enough, the interior will begin to be illuminated through Razer Chroma RGB technology (of more than 16 million colors), which will allow other people to see your facial expressions. Also included is a microphone that amplifies your voice to make it recognizable. Razer talks about it being a “patent pending” technology, so it remains to be seen how it works in practice.

They ensure that the battery is ready to withstand “one day of use.” Filters can be exchanged when they reach the limit of their useful life. Active ventilation expels the hot air produced when exhaling, and the guard that protects the face is made of silicone, which ensures “no loss of air”. The design of the protective layer is designed to allow you to speak in a natural way, thanks to the margin that it leaves between the lips and the screen.

At the moment, no release date or price has been disclosed. Project Hazel has been part of the CES 2021 framework, in which companies such as Sony participated.

Vin Diesel talks about ending the Fast and Furious saga