Home Science The Ray Coming From a Black Hole Was Viewed as Disrupting Physics... 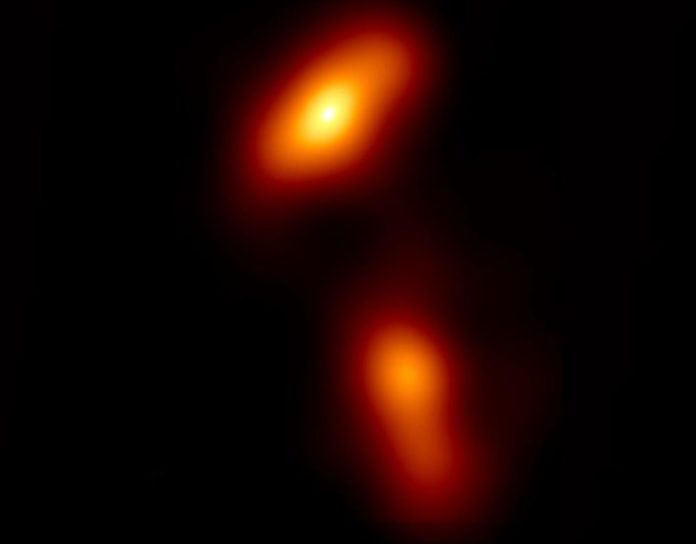 Space is an extraordinary place. Although we know very little about it, every image and information from this infinity attracts people a little more. Sometimes it offers incredible visual feasts for watchful eyes.

Finally, studies on images from a galaxy have enabled scientists to reveal a rather interesting situation. The beam from a black hole seemed to ignore the laws of physics.

While the new observations were also announced as the clearest observed black hole source energy eruption ever, the study was published in the journal Astronomy & Astrophysics. Jae-Young Kim of Max Planck Radio Astronomy Institute, the head of the research, says that understanding how these currents emerged is ‘one of the greatest tasks of modern astrophysics’. The source of the current is shown as the massive black hole in the center of the galaxy 3C 279. This black hole is located 5 billion light years from our planet and has a very bright galactic core.

The great success of the new highly sensitive telescope:

The images examined in the article, which has the signature of hundreds of co-authors, were actually known since 1970. It was Event Horizon Telescope (EHT), which allows to take clear images and conduct more detailed examination. This ultra precision telescope also gave us the opportunity to get the first image of a black hole.

Kim and his team were able to view the galaxy with 20 micro-arc clarity for 4 nights via EHT. A microservice corresponds to one in three billion 600 million of a degree. The image clarity obtained in this short time was high enough to see an orange on Mars.

The beam from the black hole, which is approximately 1 billion times the size of the Sun, was quite fast and its speed corresponded to 95% of the speed of light. Since the flow of energy is towards the world, the beam appears 15 to 20 times faster than the speed of light.

What are the Duties of Different Fat Cells in the Human...