Facebook announced this Thursday (09) a partnership with Ray-Ban — eyewear brand well known worldwide — to launch the first generation of ‘Ray-Ban Stories’, an accessory that allows you to take pictures or record videos and publish on networks social, that is, its target audience is digital influencers.

The glasses have a construction very similar to what we find in other models of Ray-Ban, but brings a very unique novelty: two integrated cameras with 5 MP resolution that allow you to take pictures or record videos lasting up to 30 seconds.

The wearable is also equipped with three microphones that aim to provide exceptional audio quality and Beamforming technology with a background noise suppression algorithm, making the voice clearer. There are also speakers that can be used for both voice and video calls.

The accessory is controlled through the Facebook View app, which is available for both Android and iOS and allows the user to quickly import the content captured by the camera, being possible to share it in apps such as WhatsApp, Instagram or Facebook, for example.

Similarly, our 5 MP cameras are able to deliver superior media experiences compared to many more powerful cameras, thanks to a lot of work in the processing,” the company said.

The company emphasizes its commitment to the privacy of users both on the social network and in its accessories, and with glasses it would be no different. To prevent unauthorized access to the device, a physical button was implemented that allows deactivating both the microphones and the cameras.

Also added is an LED that is located next to the cameras and lights up when they are in use, letting others know that the accessory is taking a capture.

For added peace of mind, photos and videos are encrypted on the smart glasses. And the glasses can only be paired with one account at a time, so if you lose your Ray-Ban Stories smart glasses and someone tries to pair them with a new phone and Facebook account, any data and media left in the glasses will automatically be deleted .”

The first generation of ‘Ray-Ban Stories’ is now available for purchase in the United States, Australia, Canada, Ireland, Italy and the United Kingdom, costing an average of US$ 299, and can be found in 20 different styles including Sun, Grade or Transition lenses.

As for the launch in Brazil, for now we still don’t know if the smart glasses will be sold here, and more information is expected soon. 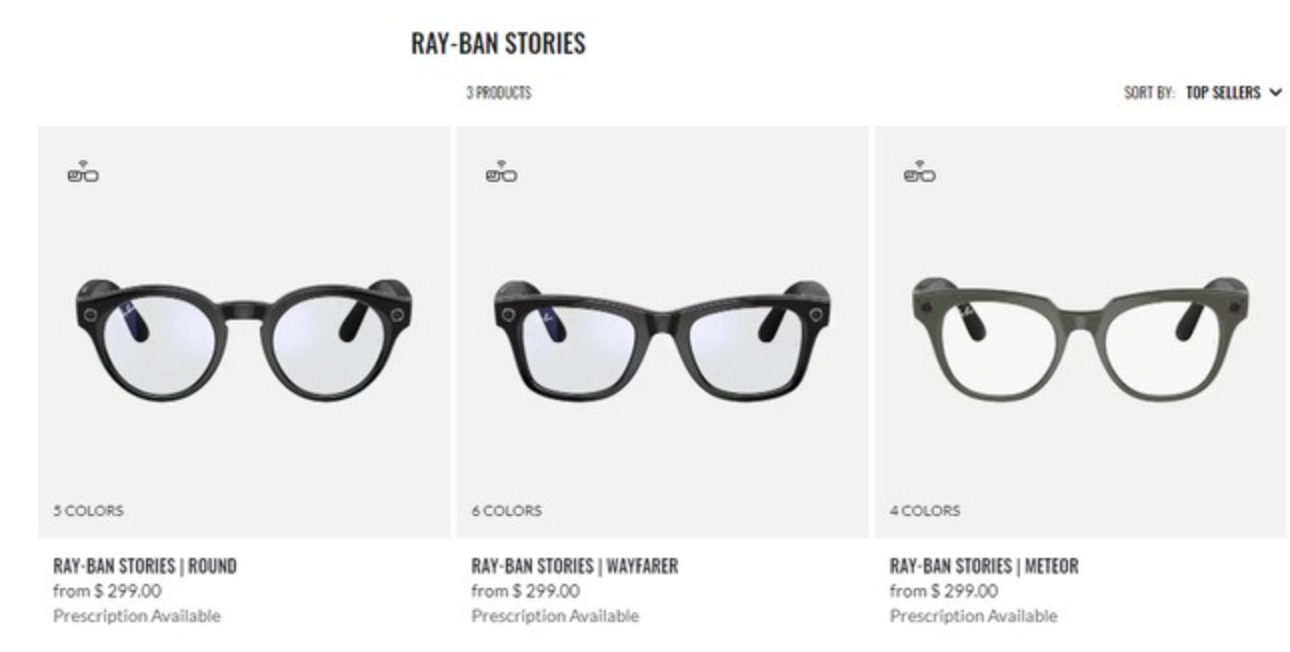 What did you think of Facebook’s new smart glasses? Would you buy the accessory for everyday use? Quota for us, comment!

Samsung Climbs To The Podium In The Smartwatch Market