Home Entertainment Rating of the most evil karate villains 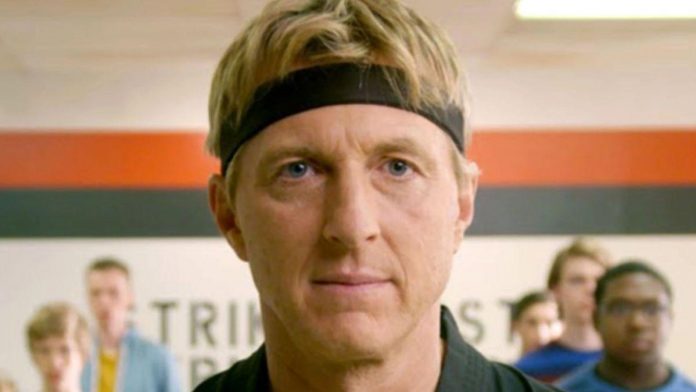 As Netflix subscribers  continue to rave about the quality and fun of Cobra Kai, now is a good time to remind the world, The Karate Kid franchise still holds up. This is thanks in part to The Karate Kid’s villains, who gave Mr. Miyagi and his pupils all sorts of hell across four films.

The following is a ranking of the most vicious villains of the Miyagi-verse, which is every Karate Kid movie in which Pat Morita played Mr. Miyagi. From least to greatest, these guys are judged on their level of viciousness, their motives, and just how far they’d go in their efforts to terrorize Daniel LaRusso. Let’s dive in, and remember some of the franchise’s greatest baddies as we prepare for Season 5 and wonder how this list may change with its arrival.

Sato Toguchi starts as a villain in The Karate Kid II, but in truth, he’s not really a villain at all. Most of The Karate Kid villains’ perceived aggression is more of misunderstanding, and towards the end of the movie, Sato is more an ally than anything. It’s also worth noting that in Cobra Kai, Chozen credited his uncle with ultimately saving his life and helped him find redemption after his humiliating actions when he was younger. Sato Toguchi is a cool character, but considering he couldn’t even stay a villain the length of a movie, deserving of nothing more than the bottom spot on the list.

As far as Karate Kid villains are concerned, you can’t deny Johnny Lawrence’s Cobra Kai posse deserves mention. With that said, it’s not like any of them acted independently or without Kreese or Johnny’s instruction. They were just followers brutalizing one individual kid in a majority of their actions. That’s not exactly vicious, and one would argue it’s also kind of cowardly. At least when the current Cobra Kai kids attack, they take on a group of Miyagi-Do students! These guys are soft for not trying to take on Daniel solo and should be ranked as such.

The Karate Kid is loaded with adults who shouldn’t be anywhere near impressionable teens, but one of them is super awful because he’s actually in charge of children at a high school. Colonel Dugan made life hell for Julie Pierce and Eric McGowen in The Next Karate Kid, to the point he tried to have Eric killed after he was bested in mortal combat. The dude was clearly off his rocker, but Miyagi making quick work of him keeps him somewhat low on the list as far as The Karate Kid villains are concerned.

If this were a list of the franchise’s greatest characters, Johnny Lawrence would be at the top, thanks to Cobra Kai. In terms of The Karate Kid’s villains, though, the series has done a disservice in removing some of the character’s fangs. Johnny was certainly an asshole, but honestly, there’s just as much evidence that Daniel LaRusso was an ass as well. The only real difference is Johnny had friends and John Kreese steering him in the entirely wrong direction during a vulnerable period in his life. Cobra Kai has shown us Johnny’s humanity, and for that reason, I can’t rank him too high on this list.

It’s one thing to be a bully, and it’s quite another thing to be a creep. Ned Randall wasn’t a bully to Julie Pierce in The Next Karate Kid until she rejected his advances. He then became a psycho douchebag and got her suspended from school, which was completely unnecessary. Of course, that didn’t hold a candle to smashing up Eric’s car and beating him to a pulp just because he went to the dance with Julie, but it’s still bad. Ned does eventually turn on Colonel Dugan, but it does little in the way of forgiving The Next Karate Kid villain’s misdeeds.

The most skilled opponent Daniel LaRusso ever faced and one of the only ones he admitted to being afraid of. Mike Barnes was more or less an enforcer beholden to Terry Silver and John Kreese’s will, but he was also just a terrible beast of a person. The Karate Kid III villain tracked down Daniel numerous times to beat the hell out of him and even hit his friend Jessica. Had he not been such a hot-head, Daniel may have never beat him, but he was, and it ultimately led to his failure and the end of Kreese’s first Cobra Kai. Perhaps we’ll see him resurface again in a future season, especially based on teases by Sean Kanan.

Chozen may not be the most skilled fighter of The Karate Kid franchise, but he’s no slouch either. His talent exceeds that of Johnny Lawrence, but it’s fair to say Mike Barnes was a clear step above judging his encounters with Daniel. What makes Chozen more vicious is his lust for vengeance, to the point that he threatened to kill Kumiko to get a fight to the death with Daniel LaRusso. Chozen eventually made things right with Daniel decades later, and may even be instrumental in taking Cobra Kai down. Still, we can’t discount the fact he literally tried to kill someone in The Karate Kid II.

His ideology may have been better explained in Cobra Kai Season 3, but that doesn’t make John Kreese any less a psychopath. It’s one thing to teach kids to fight back against the problems in their lives, and it’s quite another to teach them to combat it by being the aggressor. Kreese’s “No mercy” philosophy hasn’t even really worked out for him in the long term, and we saw how much it hurt the life of Johnny Lawrence in the long run. Kreese’s obsession with embarrassing Mr. Miyagi and Daniel is unnatural, and his manipulation of children for his own goals makes him one of the worst villains of the franchise. That said, we did see him express a sliver of humanity with kind acts towards Tory in Cobra Kai, so we can’t give him the top spot.

Terry Silver is worse than John Kreese because who in the hell would see that man and decide to use his wealth to bankroll his grudge against an old man and a teen. Of course, we learn in Cobra Kai Season 3, the Karate Kid III big bad pledged his life to Kreese after being saved in Vietnam, essentially becoming the rich Chewbacca to Kreese’s evil Han Solo. It makes his obsession with torturing Daniel LaRusso make a bit more sense, though one would think Silver could’ve just bought his old war buddy some expensive therapy instead. Let’s also not forget that in Cobra Kai Season 4, Silver betrayed Kreese even after he brought him back into the fold. It was cold-blooded, and why he’s one of the most vicious villains of The Karate Kid in my book.

Up next: 2021 Winter And Spring TV Premiere Schedule: List Of New And Returning Shows

Cobra Kai is currently available to stream only on Netflix (opens in new tab).. As always, be sure to stick with CinemaBlend for all the latest news happening in television and movies.