Home Entertainment Rating of all Henry Cavill horror films from the worst to the... 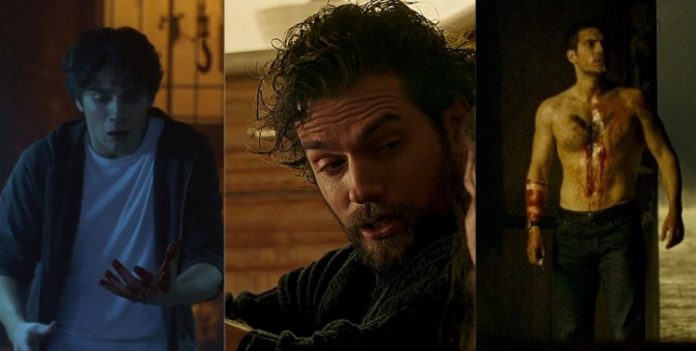 Nothing says so much about major film franchises as Henry Cavill as an actor. Over the past two decades, the British actor has left no stone unturned from his various performances. Christmas, Halloween or Easter — Cavill has a movie for every season. He made a name for himself by playing one of DC Cinematic Universe’s favorite superheroes, Superman, and also by almost starring in some of the most iconic movie franchises.

The fact that Henry Cavill was the first candidate for the role of Edward Cullen in “Twilight” and James Bond in “Casino Royale” lives in our heads for free. Then the actor mostly devoted himself to playing roles that were more physically demanding. While he finally shines as a commendable actor and a superstar with a big physique in The Witcher, it is in horror films starring him that we see him at peak performance. Watch these horror movies starring Henry Cavill on Halloween and let us know if the letter H in the word “Henry” means something like horror.

We begin with Cavill’s first steps in the world of horror films. If you are a fan of horror movies, then you will never miss Hellraiser. The film was released in 2005 and is the eighth part of the eleven-part Hellraiser series. Moreover, it was directed by the talented Rick Botha, and the script was written by Carl Dupree. The cast includes Christopher Jacot, Catherine Winnick, Lance Henriksen, Hari Paton, Doug Bradley and Henry Cavill.

“Hellraiser: The World of Hell” on paper had everything necessary for the audience to absorb it. However, a Hellraiser-themed Halloween party in the Hellraiser movie wasn’t a good idea. Although the film doesn’t have many fans, it gave a small sign that viewers would definitely like Cavill in a horror movie if they were given the right script.

The 2018 movie “Night Hunter” is not a typical horror movie with supernatural aspects. David Raymond’s masterpiece focuses more on how terrible human greed and desire can be. David Raymond was the brain of the film as he was the director and wrote the script. And a stellar cast consisting of Henry Cavill, Ben Kingsley, Alexandra Daddario, Stanley Tucci, Brendan Fletcher, Minky Kelly and Nathan Fillion made the situation even better.

The plot of the film tells about a serial rapist and murderer who has been abducting women for many years. Cavill, Daddario and Tucci are great cops. They are joined by a vigilante who works in his own way. They are using a young girl to set a trap to catch the killer. Night Hunter is equally terrifying and thrilling. Playing a phenomenal cast, especially The Witcher actor, helps make the film as brilliant as it is. You can watch the movie on Prime Video.

Last but not least is Blood Creek. This is, without a doubt, the best horror film in which Cavill starred. The film is also popular as just a Scream. The director is the famous American director Joel T. Schumacher, known for his brilliant work in the films “The Incredibly Shrinking Woman”, “The Missing Boys” and “St. Elmo’s Fire”. Schumacher’s amazing directorial abilities are complemented by an exciting script by David Kayganich.

Replacing the MCU of Iron Man? Why would it be a...

Pokemon Fan Made His Own Charizard Color For Game Boy