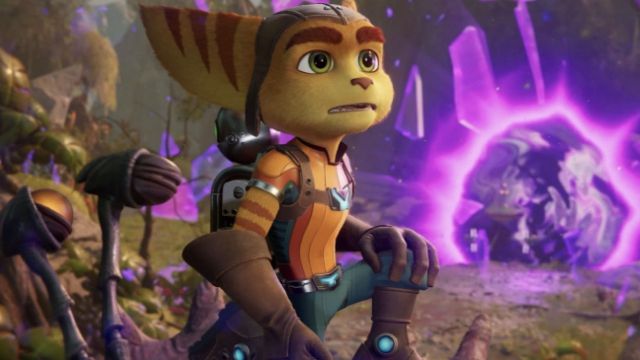 Members of Insomniac Games show their enthusiasm for what they have accomplished with weapons thanks to the functions of the DualSense, the PS5 controller.

One of the great exclusives for PS5 throughout this 2021 that has just begun is Ratchet & Clank: Rift Apart, Insomniac Games’ first video game already as Sony’s first party studio. It is also truly exclusive to the new console, since as previously anticipated, it will not arrive on PS4, and that will allow the team to get the most out of it, something that will apply to all aspects of the game, not just graphics. Thus, the power of PS5 will allow the studio to achieve “the widest range of techniques and the greatest fidelity in weapons that we have ever achieved.”

This has been assured in an interview by its director, Mike Daly, stating that the weapons “feel absolutely incredible” thanks to, to a large extent, the characteristics and peculiarities of the DualSense, the PS5 controller. In fact, for creative director Marcus Smith, the console “has been a new paradigm in the way we do things” in terms of zero load times, 3D audio and visuals in general.

Excitement for what is to come

“You can expect new developments that make the impact of the weapons feel absolutely incredible, the adaptive triggers for each weapon add new functions, while the haptic technology makes each impact unique,” says Daly. “The physical sensations make the weapons express their personality, and our creativity for exotic and unexpected weapons reaches its highest level.”

“It is exciting to think that we are still in such an early life cycle and that everyone is just scratching the surface of what is achievable. I’m excited to know that what’s to come is even crazier! ”Exclaims Smith for his part.

Ratchet & Clank: Rift Apart will arrive on PS5 throughout this year 2021.