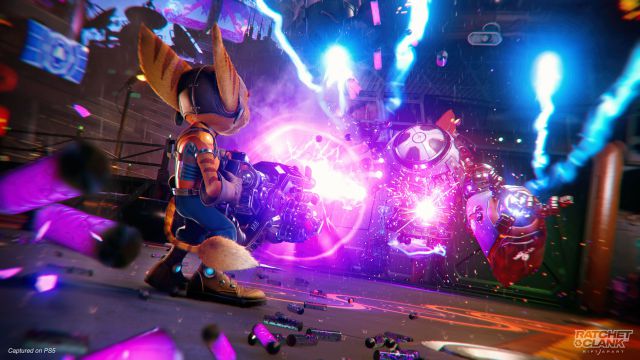 Ratchet & Clank: The title of Insomniac Games is the great protagonist of State of Play and presents all its mechanics in an extensive video. Coming in June only on PS5. Ratchet & Clank: A Dimension Apart has been the main protagonist of the PS5 State of Play held on the night of this April 29. A little month and a half before the premiere of the most ambitious installment of the Insomniac Games series, the Californian studio shows a new 15-minute gameplay where the creative director, Marcus Smith, explains in depth the mechanics of the title and, above all, why it is a next generation experience. You can see the video as the opening of this news.

“We have put all the meat on the grill to create a masterpiece, exclusive to the PlayStation 5 console,” begins by saying James Stevenson, Community Director of Insomniac Games, on the official PlayStation blog on the occasion of the State of Play dedicated to Ratchet & Clank: Rift Apart, as it is known internationally.

During the adventure we can jump between dimensions, use an explosive arsenal, which will be “more visceral thanks to the DualSense wireless controller” and stop the evil Nefarius, whose plans are to destroy the galaxy as we know it. Insomniac Games argues that this video game would not be possible without the power of the PlayStation 5 and, more specifically, the SSD storage unit, which allows “minimizing loading times”, in the blink of an eye.

Ratchet & Clank: A Dimension Apart will feature new scrolling mechanics; from the phantom sprint to the possibility of running on the walls. Both Ratchet and Rivet, the new Loombax co-star, will be able to use the so-called webbing when fighting and moving around. Finally, the presence of open scenarios to explore, puzzles, sand challenges, Glitch levels, aerial combats and, for the first time in the saga, photo mode is confirmed.

Ratchet & Clank: A Dimension Apart will be available on June 11 exclusively for PlayStation 5. This will be the Digital Deluxe Edition, now available for pre-order on the PlayStation Store.

Digimon Survive: How to make friends with Paramon