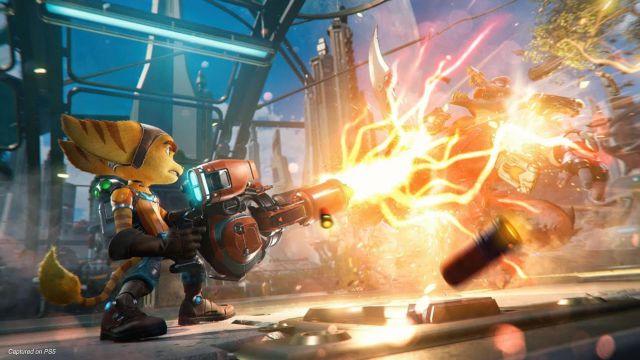 Today, the embargo on Ratchet & Clank Rift Apart’s reviews was dropped, which is being very well received by the world press! As the game launches on June 11, developer Insomiac revealed that it includes a reference to its old game Sunset Overdrive:

As we can see in the image above, Fizzie, the drinks mascot of Sunset Overdrive, has been transported to the new PS5 exclusive title! This is especially cool considering that it was created before Sony bought the studio, which happened in 2019.

In addition to being a pretty cool reference in itself, it has a good connection with the game mechanics, as the new RYNO 8 weapon is able to open portals to drop different objects, which includes other big Sony franchises such as Horizon and Uncharted.