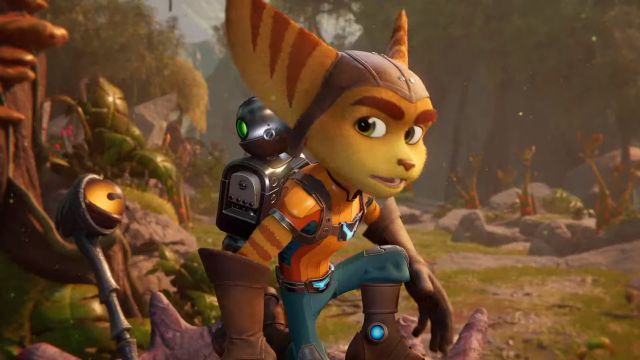 The body that classifies games by age in Taiwan had anticipated it, but Sony has officially ruled. Ratchet & Clank: Rift Apart (One Dimension Apart in Spanish) was planned as one of the first exclusive titles for PlayStation 5.

In fact, its launch window was established for the first months of this year. However, the data disappeared from the CES 2021 trailer and was replaced by a generic “2021”. After the body that classifies games by age in Taiwan anticipated that the date could be falling, it has happened. PlayStation has revealed that the title will be released on June 11.

The game can now be reserved in two different editions. All who do will receive several classic items: on the one hand, the Carbonox armor from Ratchet & Clank: Totally Butt (2003), which has been updated in high definition and with changes in lighting and reflections (with ray tracing) ; On the other hand, the Pixelator Weapon can be unlocked early, also improved for the occasion.

What comes in the Deluxe Digital Edition?

The Deluxe Digital Edition (89.99 euros) will include the following items: 5 additional armor sets, 20 units of raritanium to quickly start upgrading your weapons, a sticker pack to use in Photo mode (premiering at Ratchet & Clank), as well as a digital picture book and digital soundtrack.

Ratchet & Clank: Rift Apart is one of the most ambitious productions of the Californian studio, which will benefit from the faster loading times of the new generation. Not surprisingly, and unlike other first-party titles, the game will be exclusive to PS5 and will not be released on the previous Sony console.

Insomniac Games has been one of the companies that has launched the new generation with an unpublished title. Marvel’s Spider-Man: Miles Morales is a standalone product, an entirely new adventure in which Peter Parker is not the hero. This new wall-crawler, who already had his moment in Marvel’s Spider-Man, has his own abilities and his style when it comes to fighting. It is also available on PS4.

Both PS5 and Xbox Series X and Xbox Series S were released last November, but Sony and Microsoft have had to deal with the lack of stock due to the current serious health situation, which has slowed down the production process.