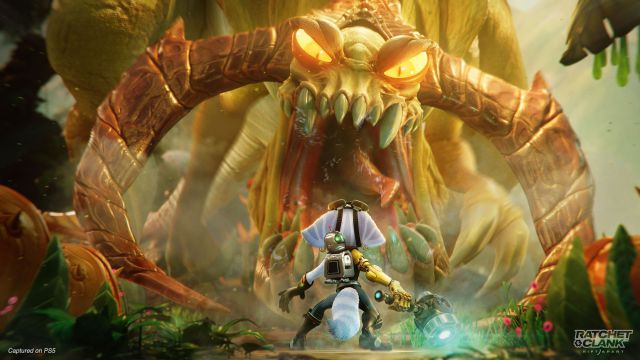 Ratchet & Clank: Insomniac Games presents all the news of the title in the State of Play. For the first time in the saga we will have photo mode. It comes out on June 11. Ratchet & Clank: A Dimension Apart was featured in an extensive new 15-minute gameplay on PlayStation 5 during State of Play this Thursday. Insomniac Games, led by its creative director, Marcus Smith, discuss all the characteristics of a video game ready to demonstrate the full potential of the new generation of Sony. You can see the footage at the beginning of this news.

Let’s talk about news. What’s new in Ratchet & Clank: A Dimension Apart for PS5? It should be said that it is “a new independent adventure perfect for both saga experts and newcomers.” You don’t have to have played the previous ones to enjoy this one, especially since new characters and mechanics are introduced. Interdimensional jumps without loading times await us thanks to the SSD, an arsenal of all kinds of weapons and, true to its genre, a multitude of levels of platforms and shots.

This installment brings under the arm new movement mechanics, such as the phantom sprint or the possibility of running on the walls. Ratchet and Rivet – the new protagonist, a female Loombax – will be able to use these abilities, along with the Ragweed, both when fighting and when moving.

Insomniac explains that, for the first time in the series, the game will have a Photo mode to take pictures at different angles, with filters and editing options. New open scenarios to explore, Clank-starred puzzles, Glitch levels, arena challenges, dogfights and more await us as well.

The studio does not want to forget about accessibility options so that everyone can enjoy the work. As explained on the official PlayStation blog, users will have the ability to “modify the speed of the game, of which we are very proud. We will share more details on the rest of the accessibility settings very soon. ”

Ratchet & Clank: A Dimension Apart is coming exclusively to PlayStation 5 consoles on June 11.