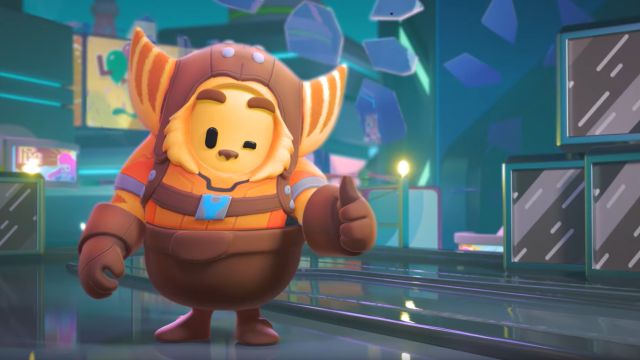 Ratchet & Clank: Fall Guys receives a very special collaboration: you can get into the Ratchet and Clank trake if you manage to complete the rewards of their limited event. Mediatonic and PlayStation collaborate to bring the inseparable Ratchet & Clank into the Fall Guys universe. Both characters will each star in their special event on the occasion of the arrival of Season 5, Jungle Adventure.

Ratchet & Clank event in Fall Guys: everything you need to know

The promotion will be divided into two stages. The first will be held between July 26 and August 1. During this period you will have to complete a series of special challenges with which to progress in Ratchet’s limited event. Upon reaching the scoring goals, you will receive cosmetic items related to the character. The relationship will be as follows:

After a margin of rest, shortly after the limited event starring Clank will begin. The robot will be headlining between August 6 and 15. The challenges will restart with respect to what was seen in the previous period, so everyone will start from scratch. You will fight to unlock the following items:

If you complete all the challenges of the two events you will receive a special bonus: an “ultra special” header with the icons of Rivet, the mysterious Lombax from Ratchet & Clank: A Dimension Apart. Contrary to what is often the case with costumes from other licenses, this event will be held free of charge to all Fall Guys players. Join the crazy multiplayer games and get the objects of the video game developed by Insomniac Games.