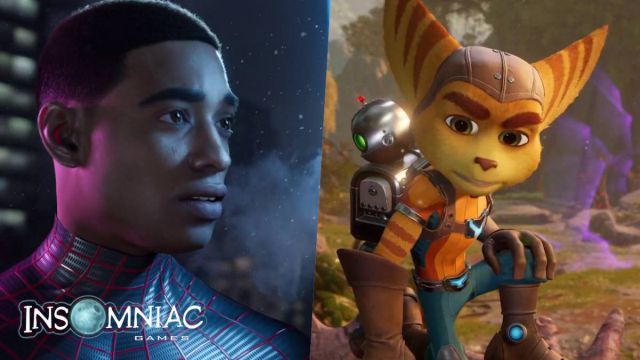 Ratchet & Clank: We review some of the more unknown games of Insomniac Games, creators, among others, of Ratchet & Clank and Marvel’s Spider-Man: Miles Morales. What was shown last Thursday at the State of Play dedicated exclusively to Ratchet & Clank: Rift Apart makes it even more clear that Insomniac Games is one of the most talented studios today. Already owned by Sony, the team founded 27 years ago has given us titles of the quality of practically all of the aforementioned saga, Marvel’s Spider-Man and its standalone DLC starring Miles Morales or another platform license also of great prestige among fans of the genre such as Spyro, but those almost three decades have given much more, including even an exclusive work for Microsoft. Next, we are going to review the most unknown, but not worse, work of this studio based in the sunny state of California.

The decade of the 2000s was a second youth for those animated characters that in the 90s made us enjoy platforms in 3 dimensions. Thus, Sly Cooper or Jak & Daxter took the witness of Crash Bandicoot or Banjo and Kazooie, among others, but Insomniac Games did it twice thanks to the aforementioned sagas, Ratchet & Clank and Spyro The Dragon, although this was already born to end of the previous decade. In addition, they were especially prolific, with up to 9 games between them, including spin-offs, in the ten years following the founding of the studio, but despite everything, neither of them marked the debut of Insomniac Games in the industry.

Disruptor (1996) holds that honor, being a first-person shooter released only for PlayStation. Curiously, this was planned to reach 3DO, but the executive producer of Universal Interactive decided at the last moment that it would be launched on the first Sony console, this being a key character in the history of the brand as is Mark Cerny. Disruptor was very much in line with the genre in the 90s, only focused on the purest action, although it introduced peculiarities such as the presence of psionic powers, which added a variety that the fps lacked of then. Generally it was very well received, thanks to a solvent gunplay and the possibilities of those powers, although they did not like its cinematic scenes, starring real actors and that gave it a certain air to a B-movie.

The Resistance Against the Chimeras

In the same decade, Sony seemed obsessed with creating its own successful first-person shooter, watching as Bungie made history with one installment after another of Halo. It was not achieved with Killzone, surely the most similar to Microsoft’s star franchise, and Insomniac Games would also try it with Resistance. Its premise was a priori very attractive, since it placed us in the middle of the 20th century in an alternate reality in which World War II did not occur, but instead an invasion carried out by aliens known as Chimeras did occur. This saga would lead to a complete trilogy from 2006 to 2011, with all three installments appearing on PlayStation 3, plus a spin off, Resistance: Retribution, released on PSP and developed by Bend Studio.

The first two installments star an American soldier, Nathan Hale, who gives the leading role to Joe Capelli in Resistance 3. From a playable point of view, they were quite conventional shooters in terms of their mechanics, although we could enjoy very varied weapons. , since while humans used the arsenal of the time, the Chimeras had much more advanced weapons that the player could also use. There was also a cursory progression system, as well as a considerable number of enemy classes, so variety of situations was not an issue in Resistance, although of course their focus was direct action.

It was a time when it seemed a sine qua non for any shooter game to feature competitive multiplayer modes, and Resistance was no exception. Insomniac Games solved it solidly, despite having very classic modes, but they were able to increase the number of players per game, going from 40 in Resistance: Fall of Man to 60 in Resistance 2. This amount would go back to decrease in Resistance 3, until reaching 16, although a deeper system of progress and levels was implemented, but that did not achieve that it stood out at any time before the stiff competition of its competitors. Unfortunately, only the third installment is available on PS Now, having to pull the second-hand market to enjoy the first two.

Will Smith Says That a Colleague From The Film “Emancipation” Improvised...