Home Entertainment Ratchet & Clank: A Series of Unforgettable Adventures Before A Dimension Apart 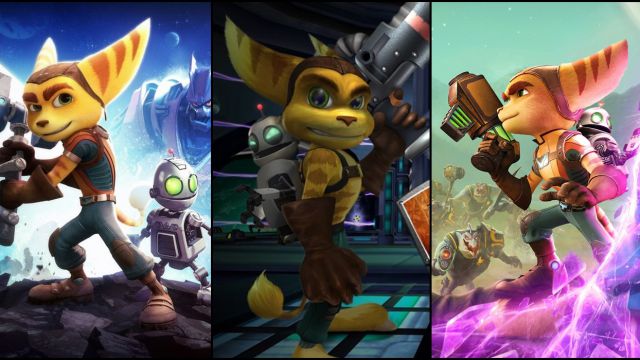 Ratchet & Clank: We review the Ratchet & Clank saga to remember all the adventures that the couple has lived from its beginnings to A Dimension Apart for PS5.The endearing and iconic couple made up of the lombax Ratchet and the robot Clank returns this next June 11 with one of the most anticipated games of the entire year 2021. Exclusive to PlayStation 5, it is Ratchet & Clank: A Dimension Apart, a delivery that becomes part of an essential saga for all lovers of good space adventures and action through a good arsenal of original weapons, among other elements. If you want to remember the keys that have defined the evolution of these PlayStation brand mascots over more than twenty years, join us!

The origin of the Ratchet & Clank adventures

A mechanical lombax named Ratchet tries to repair his ship, but runs into difficulties because he needs an ignition system to get it done. At the same time, a robot known by the name of Clank tries to escape from a factory located on the planet Quartu to avoid its imminent destruction, due to apparently being defective. It will not take long for him to prove the opposite, since as soon as he meets Ratchet, the string of stories that they will write together begins to show the galaxy that evil has no place in it as long as they are both on guard duty.

It was in 2002 when Insomniac Games shaped the first installment of Ratchet & Clank for PlayStation 2. In the golden age of adventure and platform titles, the charismatic pair of heroes that occupy us conquered thousands of players around of the world. Therefore, barely a year passed until the next installment saw the light. Ratchet & Clank 2: Totally Busted was a direct sequel to the original and added new planets, weapons, gadgets, and much more. Ratchet & Clank 3, also known for carrying the tagline “Up Your Arsenal” came out in 2004. In this installment, lombax and robot had the support of the Galactic Guard and the Q Force, a necessary help to be able to face the great danger that threatened the galaxy. The biggest distinguishing feature of this title was the introduction of an online multiplayer mode in addition to the regular single-player campaign.

Later, in 2012, and therefore a decade later since the launch of the original, the three arrived on PS3 as part of the Ratchet & Clank Trilogy HD. As its name suggests, it is a compilation of the first trilogy of the saga, something that denotes the success it had from the beginning. It also landed on PS Vita in July 2014, so those who preferred the portable mode could choose it to accompany the protagonists around the galaxy.