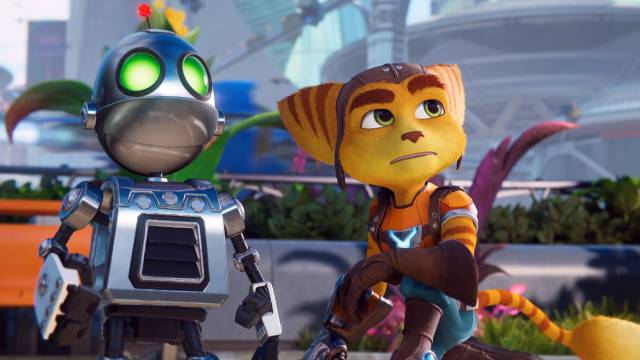 Ratchet & Clank: A Separate Dimension, The Insomniac Games title arrives exclusively for PS5 this June 11, one of the great releases of PlayStation Studios for this first semester.Ratchet & Clank: A Dimension Apart is about to hit stores around the world exclusively for PS5. Insomniac Games wants to make this the best episode of the series; there is little left to find out and check its quality. Another objective of the study is for the game to be accessible to everyone, regardless of our abilities or motor difficulties. Whether we have vision problems, hearing problems or some type of disability, the new Ratchet will arrive equipped with a multitude of accessibility options.

After the features incorporated in Marvel’s Spider-Man: Miles Morales, in Ratchet & Clank: A dimension apart, they want to go a step further, with contrast options, shortcuts, modifiers in the speed of the game or conversion of buttons on the controller.

In the contrast options, the goal is to make key information from the game world stand out for the best possible enjoyment for blind or visually impaired players. We will have shaders, high contrast backgrounds and a variety of gamuts in different categories.

The PS5 controller, the DualSense, will have shortcuts for weapon selection; They are reassignable buttons and can even be programmed to adjust some of the accessibility options. On the other hand, we have the speeds of the game. Players of the title will be able to assign speeds of 70%, 50% or 30% to the shortcut buttons, thus facilitating greater cognitive and motor accessibility depending on the situation.

Finally, button-to-remote conversion. In one of the submenus we can choose different firing modes, in the case of weapons, to change if it is necessary to press and hold, toggle or by default. Insomniac will even offer aids for aiming, shooting and flying, adjusting the blur defect of camera shake, etc.

Ratchet & Clank: A Dimension Apart, out on PS5 June 11

Ratchet & Clank: A separate dimension will be updated with a day 1 patch adding new graphical settings. In total, there will be three modes to play as we prefer. The first, the quality mode in 4K resolution at 30 FPS; another, called Performance Mode, with 60 FPS and dynamic resolution. Finally, another with 60 FPS and ray tracing, with equally dynamic resolution. Each user will be able to choose what best suits his preferences. The title will arrive fully translated and dubbed into Spanish this June 11 for PS5 in both physical and digital format.