Home Entertainment Ratchet & Clank: A Dimension Apart Will Have A Day One Patch... 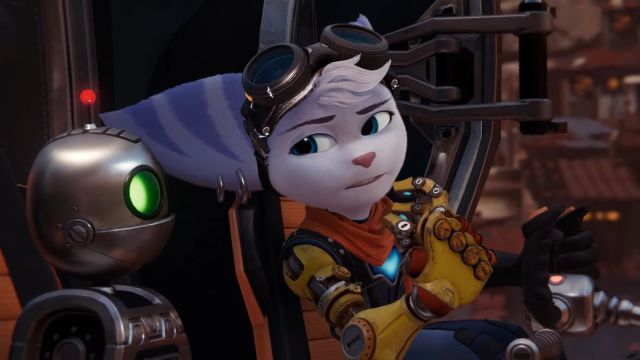 Ratchet & Clank: Insomniac Games details the two graphic modes that Ratchet & Clank: A Dimension Apart will have out, thanks to a patch on its first day. The departure on PS4 of games like the new God of War, Gran Turismo 7 or Horizon: Forbidden West leaves Ratchet & Clank: A Dimension Apart as one of the few absolute PS5 exclusives in the coming months. As Insomniac Games has reiterated on numerous occasions, this new adventure of the charismatic couple will only come to Sony’s next-generation console, making the most of its hardware, which will make it possible to include a Performance Mode from its first day, update through.

This has been announced by the study itself on Twitter, accompanying it with a new 30-second video in which you can see the benefits of this graphic option that will allow the game to run at 60 frames per second, to which we must add the very popular ray tracing, or ray tracing. This mode will work with a dynamic resolution of 4K, something that Insomniac has already worked with on PS5 with Marvel’s Spider-Man: Miles Morales.

The evolution of the saga

Meanwhile, this past week the official PlayStation blog dedicated a post to the game talking about the evolution of the franchise written by James Stevenson, Community Director of Insomniac Games.

“With our next entry in the franchise, Ratchet & Clank: A Dimension Apart, we have created a game developed from scratch and thought exclusively for the PS5,” said Stevenson. “The speed of the SSD has allowed us dimensional leaps and portals that will transport you across the galaxy. The power of the console has allowed us to create the most visually spectacular game in the entire Ratchet & Clank saga. Haptic feedback and adaptive triggers on the DualSense bring the game’s arsenal to life in a whole new way. And all these years of telling stories in this universe has allowed us to create a story about friendship and overcome all difficulties ”.

Ratchet & Clank: A Dimension Apart will arrive this next week, specifically on the 6th of this month of June, on PS5.

Becker And Riot Games Announce Agreement That Will Take Esports To...