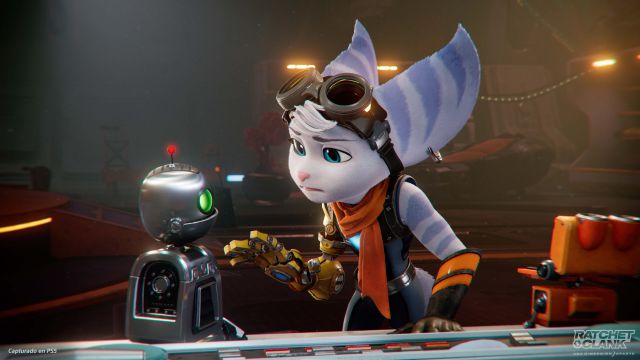 Ratchet & Clank: A Dimension Apart: The latest from Insomniac Games will be released on June 11 exclusively for PlayStation 5.After Returnal, the next PlayStation 5 exclusive will be

, the new production from Insomniac Games, also the creators of Marvel’s Spider-Man: Miles Morales. The title has just been shown from a new trailer dubbed into Spanish, which in addition to presenting new gameplay, also reveals the name of the female lombax who co-stars in the video game. It is about Rivet, who will fight to defeat the main villain, the fearsome doctor Nefarious. This has caused a horrible dimensional chaos that has separated the two protagonists.

This new action and platformer adventure has been developed exclusively for the next generation, so you will enjoy ray tracing, graphics rendered in dynamic 4K resolution, 60 fps and HDR, all with jumps between galaxy and galaxy that are practically instantaneous as the game benefits from the speed of the PS5’s SSD hard drive. Of course, Insomniac Games has taken into account the various functionalities of the DualSense. In this way, players will have the opportunity to feel the explosions in their hands. It will not only use haptic technology, but also adaptive triggers.

Those who want to reserve the title will be able to do so before launch in its two available editions: the Standard Edition and the Digital Deluxe Edition. In both cases, after pre-ordering, players will get a number of exclusive anticipated items, such as the Pixelator Weapon and the Carbonox armor set. Players who purchase the Digital Deluxe Edition will also receive five sets of armor (Android Armor; Rebel Armor; Imperial Armor; Hacker Armor and Scavenger Armor), as well as a sticker pack for photo mode, 20 Rarinatium, the digital soundtrack and a digital art book.

Ratchet & Clank: A Dimension Apart will be released on June 11 on PS5.

Google Earth for Android has traveled in time!

How The Tinder App Served To Find Refuge For Ukrainian Exiles