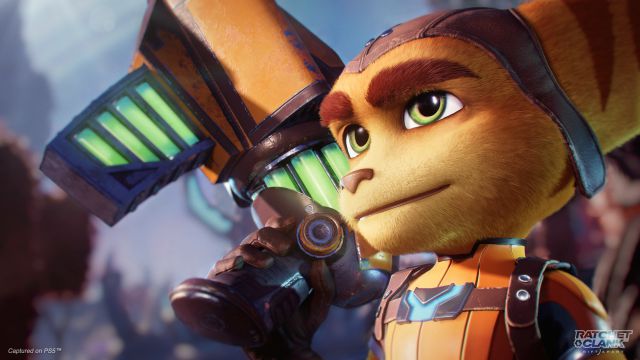 Ratchet And Clank: We analyze the new exclusive of the Sony console, which arrives with a first-rate technical display and the consolidation of Insomniac among the best. Ratchet and Clank was one of the most anticipated names in these early months of PS5. Presented as a game that took advantage of the capabilities of the new console, the long-lived Insomniac saga wanted to take a definitive leap in quality. Prolific on PlayStation 2 and PlayStation 3, the 2016 remake was the only thing we had had in the last eight years. Until this week. A Dimension Apart arrives to become, with the permission of Demon’s Souls, the great PS5 exclusive. If you were wondering why you wanted to jump into the next generation, here is the answer.

Expectations were high and it was no wonder. The saga has accompanied PlayStation forever, and although we are used to thinking of iconic characters like Mario or Sonic when we talk about classics, the reality is that Ratchet and Clank have almost 20 years behind them. If we add to that the good level of Insomniac with the Spider-Man saga and a beginning of the generation hungry for exclusive names, the only fear was that it was not up to the task. But it is, giving a boost to the saga for future installments and positioning itself as a benchmark of it. Trapped in Time? Armed to the teeth? The 2016 remake? The original trilogy? Everyone has a new beacon to follow.

Nexus (between old and new acquaintances)

A Dimension Apart wants to improve everything that the saga has been, without revolutions that it does not need either, because the path of the playable proposal of the series still has a lot ahead of it. And this is what the new installment for PS5 is based on: a wild action game, with a good dose of platforming, exploratory touches and sprinkled with some puzzles. Presented in a surprising way, everything in its proper measure and set in the new intergalactic adventure for all audiences. Sympathetic characters, humor, fireworks and a development that leaves room for surprises, even for moments of reflection —without falling into excess drama, which would not quite fit in either—, as we jump from dimension to dimension, we exchange prominence between Rachet, Clank and Rivet, and we live a kind of Star Wars a la Pixar. Sounds good right?

Because in the end, this is what Ratchet and Clank offers us. Heroes, villains, a high pace and a simple but effective plot. This begins precisely when the little robot wants to give our acquaintance Lombax a Sizer so that he can go find others of his kind. It is then that Nefarius – an old acquaintance – appears on the scene, stealing the piece and causing chaos. What is summarized in Ratchet and Clank navigating between parallel dimensions, in which we will precisely meet Rivet, a lombax with a less cheerful profile because the drama has touched him closely.