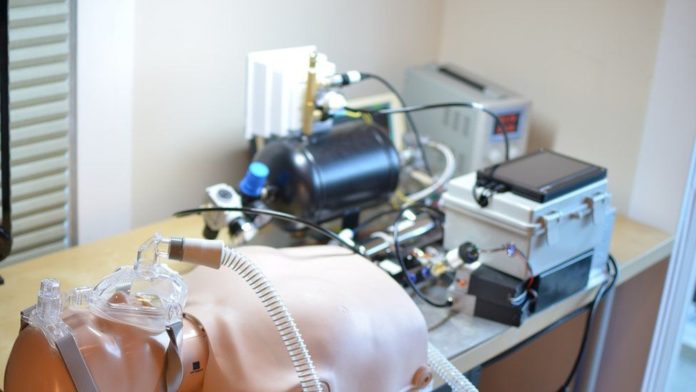 Lungs controlled by Raspberry Pi mini PCs are being tested at universities in Colombia. The initiative aims to facilitate access to devices of the type in the treatment of patients in more advanced stages of Covid-19. The initial project is by Marco Mascorro, a robotics engineer who published it online in March 2020. With feedback from healthcare professionals, the initial idea was refined and adjusted for better results. In addition to the computer, the device has easy-to-find parts, such as tubes and valves used in cars, for example.

The function of the Raspberry Pi in the device is to assume the role of specialized and sophisticated electronics that applied to a traditional model. The computer runs a program that adjusts the behavior of the machine, regulating pressure and air flow through the actuation of valves, in addition to responding to stimuli, determining whether the patient needs total or partial assistance in the task of breathing.

The fans controlled with the mini PC will be tested with artificial lungs in periods of five uninterrupted days of operation. After this stage, the equipment should be tested on animals, with mass production forecast for the month of May.

As the entire process uses accessible parts, in addition to being centered on software, Marco Mascorro believes that changes, improvements and corrections can be easily applied through adjustments to the model’s internal program. According to him, this type of adjustment is much simpler than a hardware intervention.

With the new coronavirus pandemic, health systems can become overwhelmed, largely due to the need for a high number of ventilators and artificial respirators. As a result, other universities have also presented more accessible alternatives. MIT, for example, proposes a simple and also open source model, with an assembly cost of around US $ 100 (about R $ 518 at the current price). UFRJ also develops a similar project for a pulmonary ventilator in Brazil with inexpensive and easily accessible components in the country.

A better life: is she ready to give up marriage with...