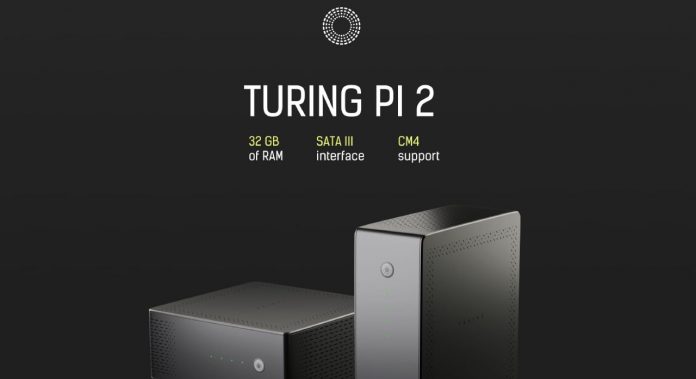 With the introduction of models such as Raspberry Pi and Asus Tinker Board into our lives, mini computers have been actively used in many areas. Turing Pi 2, which allows the use of Raspberry Pi devices in servers and attracts attention with its features, was introduced.

Turing Pi 2 is introduced! Here are the features

Mini computers, also known as single-board computers (SBC), come across in many different industries such as server and IoT thanks to their low power consumption and features. Thanks to the Cluster (computer cluster) created by combining multiple mini computers, high performance can be achieved with Raspberry Pi and similar devices.

Unlike the V1 model, the Turing Pi 2 with Raspberry Pi 4 Compute Module support comes with 32 GB of RAM. The model, which has 4 Raspberry Pi CM slots, provides the opportunity to use GPIO pins found in Raspbery Pi devices.

Each Raspberry Pi socket, called Node, has been developed for different operating scenarios. For example, while using a desktop operating system with 1 Node, you can simulate cloud solutions with 3 other Node.

Samsung Exynos Chip With AMD GPU To Be Announced Soon