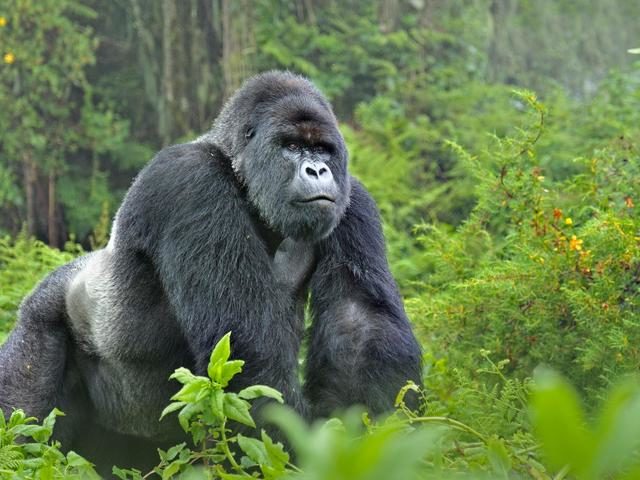 Four mountain gorillas died in Uganda due to lightning strikes. The death of mountain gorillas was described as a major loss for the protected species. The measures taken against species extinction can sometimes be insufficient.

Four rare mountain gorillas in African country Uganda died from lightning strikes. 4 gorillas were found dead, including a pregnant mother gorilla and her cub, a member of the 17-member Hirwa group living in Mgahinga National Park. It was announced that the gorillas died as a result of lightning strikes.

When four gorillas, three females and one male cub, were found dead in Mgahinga National Park in Uganda, lesions caused by electric shock were observed in their bodies. Although the test results are still not available to determine the exact cause of death of the gorillas, experts concluded that lightning strikes animals.

The Great Virunga Cross-Border Cooperation (GVTC) described the death of the gorillas as a major loss for the species. It is estimated that currently there are only around 1000 mountain gorillas left in the world. Mountain gorillas are kept in protected areas in African countries such as the Democratic Republic of Congo, Rwanda and Uganda.

The Hirwa group, which was a member of the deceased mountain gorillas, consisted of a total of 17 members. The Hirwa group crossed over the Rwanda border to Uganda last year and started living in Mgahinga National Park. After the tragic loss of the GVTC secretary-general, Andrew Seguya, “This is an extremely sad event. The potential for three females to contribute to the population was enormous.” said. It was stated that the remaining 13 members of the group were in the park after the incident and were healthy.

Samples from lightning-striking mountain gorillas are currently being tested and causes of death will be confirmed within the next 3 weeks. Mountain gorillas were removed from the ‘critically endangered species’ list in 2018, following intense conservation efforts and hunting bans.