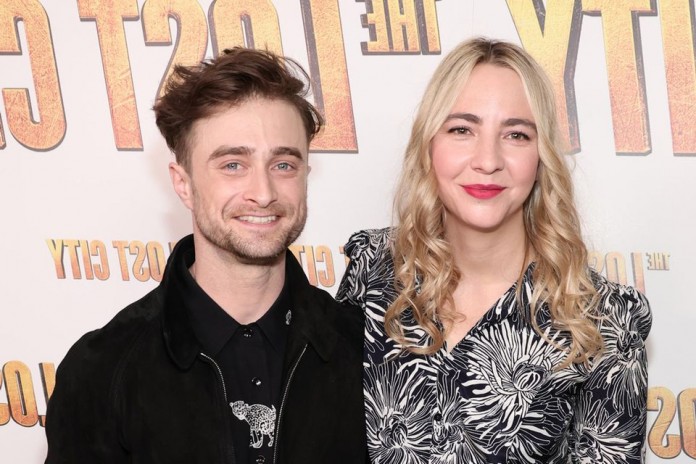 Finally! After a long time, Daniel Radcliffe is back on the red carpet with his partner Erin Darke. The two are as in love as on the first day.

Daniel Radcliffe, 32, has given his fans a rare glimpse into his love life. He appeared in New York City with his longtime girlfriend Erin Darke, 37. The pair rarely appear at public events, but now they’re making an exception.

At a screening of his new film “The Lost City” on March 14, 2022, Radcliffe and Darke walked the red carpet in good spirits and posed for photographers. They stood there arm in arm, smiling constantly and giving each other amorous looks. A picture captured a very special moment between the 32-year-old and his loved one: they look deep into each other’s eyes and seem to completely forget the world around them. How romantic!

The ‘Harry Potter’ star chose a black jacket for the occasion, which he pulled over a polo shirt. He combined it with matching black pants and shiny dark shoes. His partner presented a long-sleeved black and white dress with a floral pattern. She also wore green ankle boots. The blonde hair of the American actress fell in curls from the middle parting over her shoulders.

Been in a relationship for ten years

Rumors of a relationship between Radcliffe and Darke first surfaced in 2012. The two actors are said to have met and fallen in love on the set of the film “Kill Your Darlings – Junge Wilde”. However, they only made their relationship public in 2014.

Radcliffe stars in The Lost City alongside Sandra Bullock, 57, Channing Tatum, 41, and Brad Pitt, 58. The theatrical release in Germany is planned for April 21, 2022.

Kim Kardashian transformed: she appears in a retro and sexy look...

MILEY CYRUS COULD HAVE DEDICATED HIS NEW TATTOO TO LIAM HEMSWORTH