Home Entertainment Rare Kept Pirates Of The Caribbean A Secret In Sea of Thieves:... 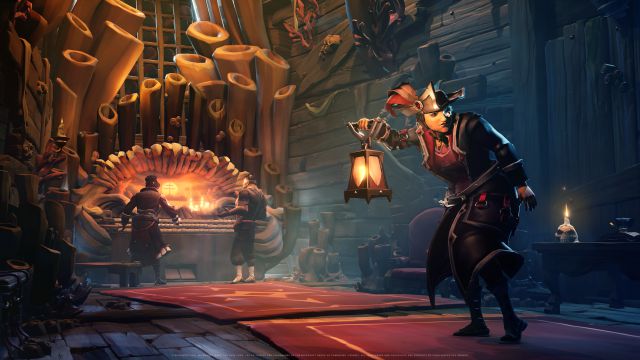 How did Rare keep the arrival of Pirates of the Caribbean to Sea of ​​Thieves a secret?

“We change everything in terms of how we work and how we share information internally,” explains Joe Neate, executive producer of Sea of ​​Thieves, in an interview on the Gamesindustry.biz portal. “We send updates to the team every week. It’s just a PDF that all teams are working on. We put code names all over the place, and we never included any images that were IP related. We also run a separate testing process, as opposed to using the Insiders program. We only use Insiders for things that are not related to brands. ”

The process changed in such a way that it reached down to the location. “Anywhere we could reduce exposure, we did. We wanted to surprise people ”, stresses Neate. The subsequent reaction paid off: “We’ve seen so many reaction videos… It worked exactly the way we wanted. I’m so delighted that I was able to keep it a secret, ”he concludes.

Speculation goes as far as social media interactions. Neate says he had to stop responding to some tweets from Disney vice president John Drake after a fan reaction. “I responded to one of his tweets in February [from John Drake], I think it was about Star Wars. I just replied ‘oh wow’. And then a Sea of ​​Thieves fan responded with an eye icon. You can not do anything. You can’t get away with it. Anything can create speculation ”.

Splatoon 3: How to Use Squid Splash and Squid Roll