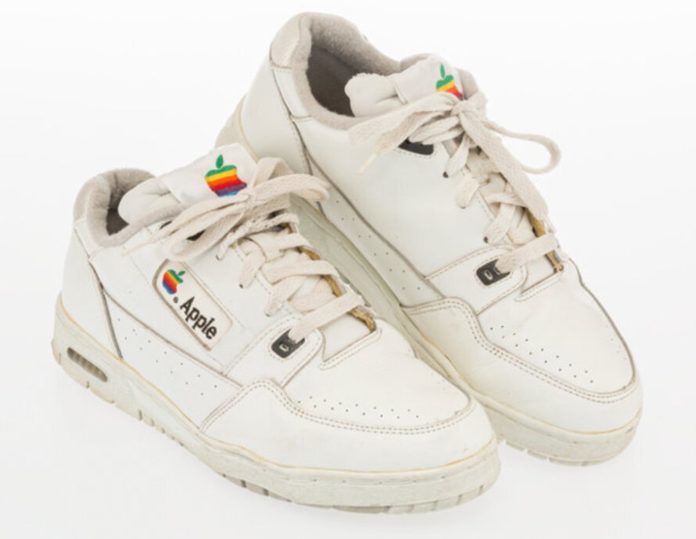 A used pair of sneakers with the Apple brand was sold at an impressive $ 9,687 in the United States, which gives about $ 50,000 in direct conversion. The shoe is part of the fashion line launched by the apple company in 1986. It was never marketed to the public, being just a prototype used by company employees in the 1990s. For this reason, it is considered a rare collection item, which explains the high value.

Tennis calls attention for nostalgia, since its style is very characteristic of the time it was produced, in addition to bringing the old Apple brand composed by the colors of the rainbow.

This is not the first time that a company sneaker goes on auction. In June 2017, a new version of the same model was cataloged by the auction house Heritage Auctions with an initial bid of US $ 15,000 (approximately R $ 76,600 in direct conversion). At the time, nobody bought it.

However, at the end of the same year, a used pair of a different model was sold for about US $ 30 thousand (R $ 153 thousand, in direct conversion).

With the R $ 50 thousand paid for tennis, it would be possible to acquire six iPhones Pro Max of 512 GB, the most modern, expensive and best performing premium smartphone in the company today.

There is a market for the collectible products of the company chaired by Tim Cook. There are also some people willing to pay huge amounts for a piece of Apple’s past, especially those related to legendary CEO Steve Jobs.

One of Jobs’ wristwatches, a pair of sandals, one of his classic turtleneck shirts, as well as products and documents signed by him, as an Apple II contract, sold by Jerrold C. Manock for US $ 37 thousand (about R $ 190 thousand in direct conversion).

Google is completely transitioning: success by 2030!